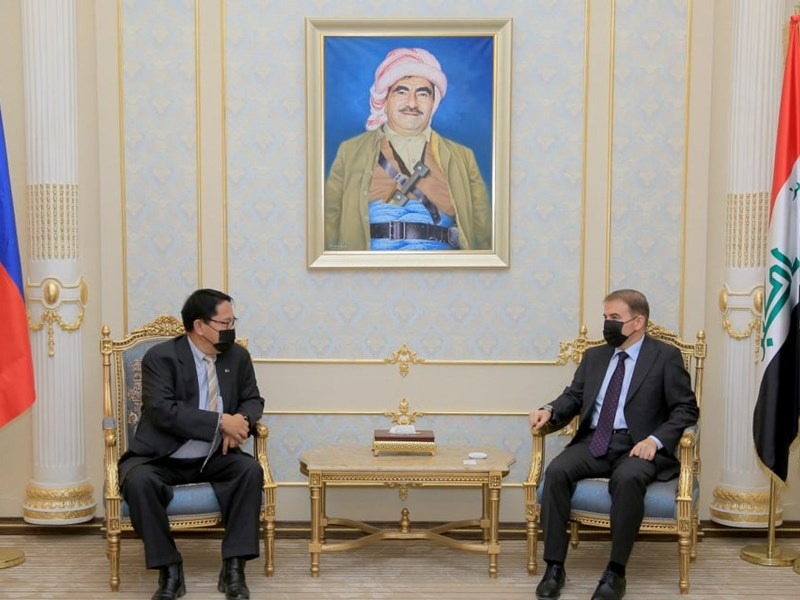 Shafaq News / the Philippine ambassador to Iraq expressed his country's desire to open a consulate in Erbil, the capital of the region.

This came during his meeting with the Deputy Speaker of Kurdistan Parliament, today, Sunday.

The Presidency of the Kurdistan Parliament said in a statement received by Shafaq News agency "The Deputy Speaker of Parliament, Hayman Hawrami received today the Philippine Ambassador to Iraq, and his accompanying delegation."

It stated that "Hawrami highlighted the work and functions of the parliament," noting "the political, national and religious components in it."

The statement added, Hawrami discussed the importance of strengthening relations between the Philippines and the Kurdistan Region, as well as relations between Erbil and Baghdad, the health conditions, confronting the Corona virus, and the economic consequences of this pandemic in the world.

The statement referred to the Philippine ambassador expressing his pleasure at the visit wishing that relations between his country and the Region would witness greater development.