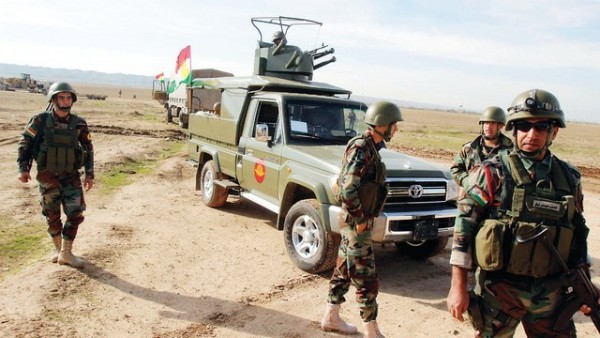 Shafaq News/ The Ministry of Peshmerga confirmed on Saturday that the Kurdistan Workers Party targeted its forces in Matin Mountain in Duhok Governorate.

The Ministry said in a statement “at dawn today, the Peshmerga forces, while carrying out their military duty in the Matin Mountain of Al-Amadiya district to protecting the residents of the villages in this area, and restoring security, were subjected to an ambush by the Kurdistan Workers Party forces, which resulted in the martyrdom of five Peshmerga elements and the wounding of two others.”

"We have repeatedly warned of these similar incidents, everyone should respect the Region's borders and not endanger the stability of the Kurdistan region," the statement added.

Earlier today, a military source told Shafaq News Agency that PKK targeted the Peshmerga in Matin with a cornet which killed four and injured five others from the Peshmerga."

For his part, The Chief of Staff of the Peshmerga, Lieutenant-General Jamal Eminki, confirmed to Shafaq News Agency, that a number of Peshmerga forces were killed and wounded in an ambush by PKK in Matin.

The Peshmerga tops in the women's competitions in the Athletics