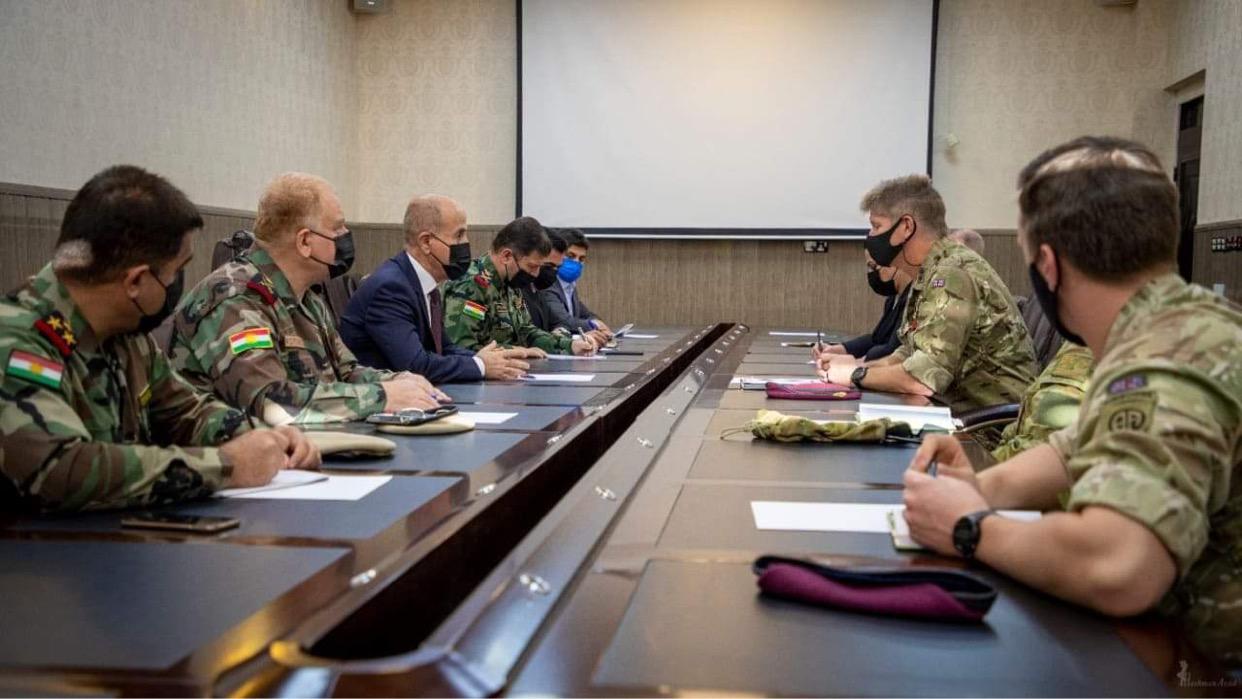 Shafaq News / The Minister of Peshmerga, Shoresh Ismail, met on Wednesday, Deputy Commander of Global Coalition Major General Kevin Cobsey, and his accompanying delegation, when he announced the opening of a joint coordination center between the Peshmerga forces and the Iraqi army in Erbil at November 1.

The two parties discussed the fruitful relations between the Kurdish Peshmerga and the Iraqi Ministry of Defense, as well as the joint coordination centers between the Peshmerga forces and the army forces in security vacuum areas and Baghdad, which will maintain stability of the region.

For his part, Cobsey said, "Joint action between the forces in defeating terrorism will achieve victory, and weaken the terrorism in the region."

Major General praised the courage of Peshmerga forces saying, "The international coalition wants the Peshmerga and the Iraqi army to reach a final agreement, reaffirming the coalition support by providing logistical and military reinforcements to both sides.”