PUK and the Change form an alliance for the elections 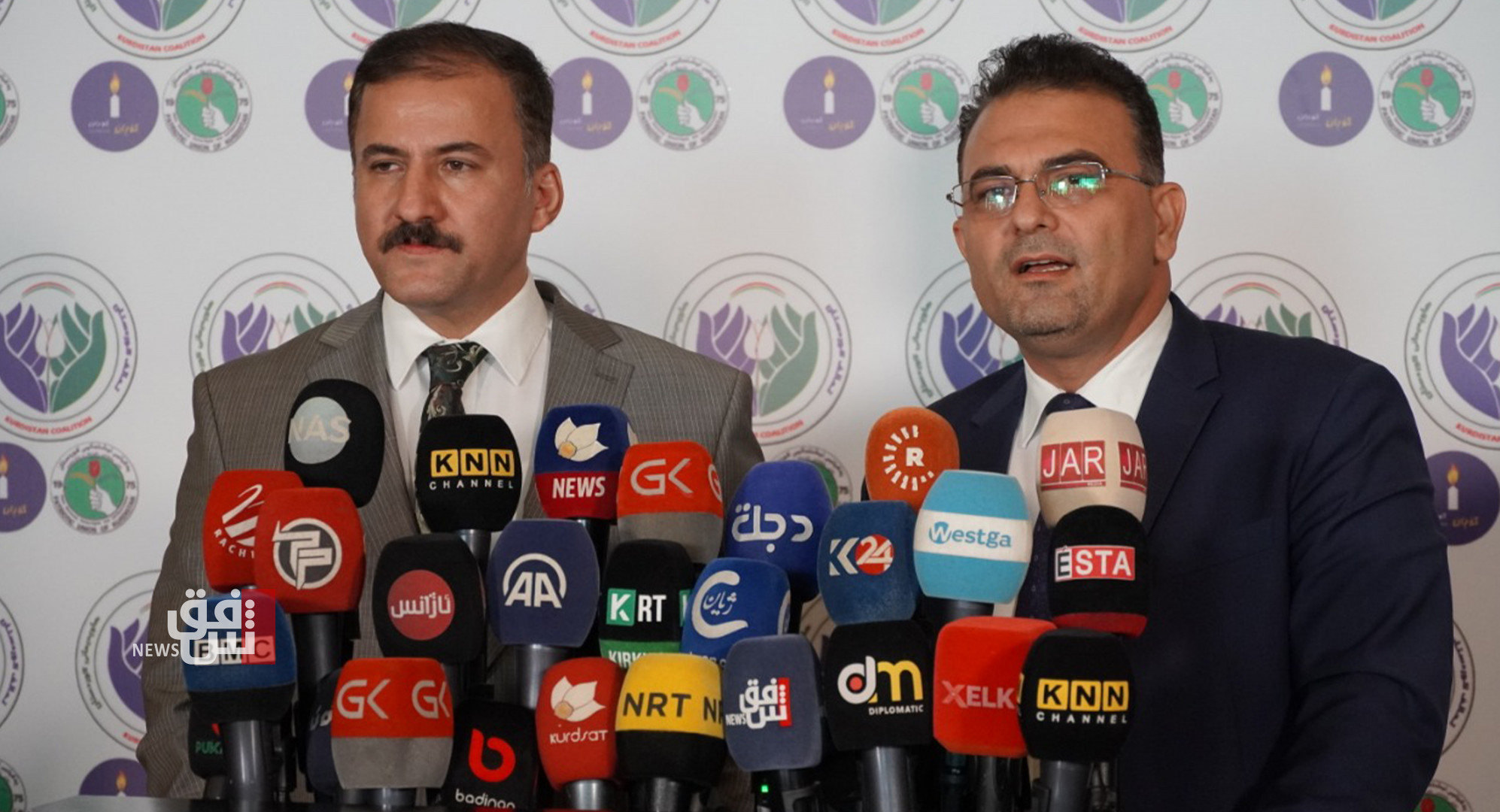 Shafaq News/ The Patriotic Union of Kurdistan (PUK) concluded an agreement with the Change Movement to join efforts in the Iraqi parliamentary elections scheduled for October 10 later this year.

The official of the PUK's Relations Office, Jamal Taher, said in a press conference earlier today, Sunday, "the ceremony of signing the agreement between the Patriotic Union and the Change Movement took place today at the Grand Millennium Hotel in the city of al-Sulaymaniyah, in the presence of Lahur Sheikh Jangi, Bafel Talabani, Ali Sayed Qadir, and other political figures," adding, "we revived the proposal of the leader Mam Jalal, and we agreed to sign an agreement in the upcoming Iraqi elections to be one bloc in the Kurdistan Alliance."

The leader of the Change Movement and a member of the executive cell, Derbaz Muhammad, said in the same conference, "We, in the Change Movement, have agreed with the Union to meet the demands of the Kurdish people in one bloc called the Kurdistan Alliance and solve the outstanding problems between the region and Baghdad."

He continued, "After the elections, there will be an agenda and a special program to serve the people of Kurdistan and solve all the problems between Erbil and Baghdad."

Tension culminates in PUK: Bafel breaks the leadership partnership with his cousin

PUK: Kurdish unity is our priority ahead of the government formation