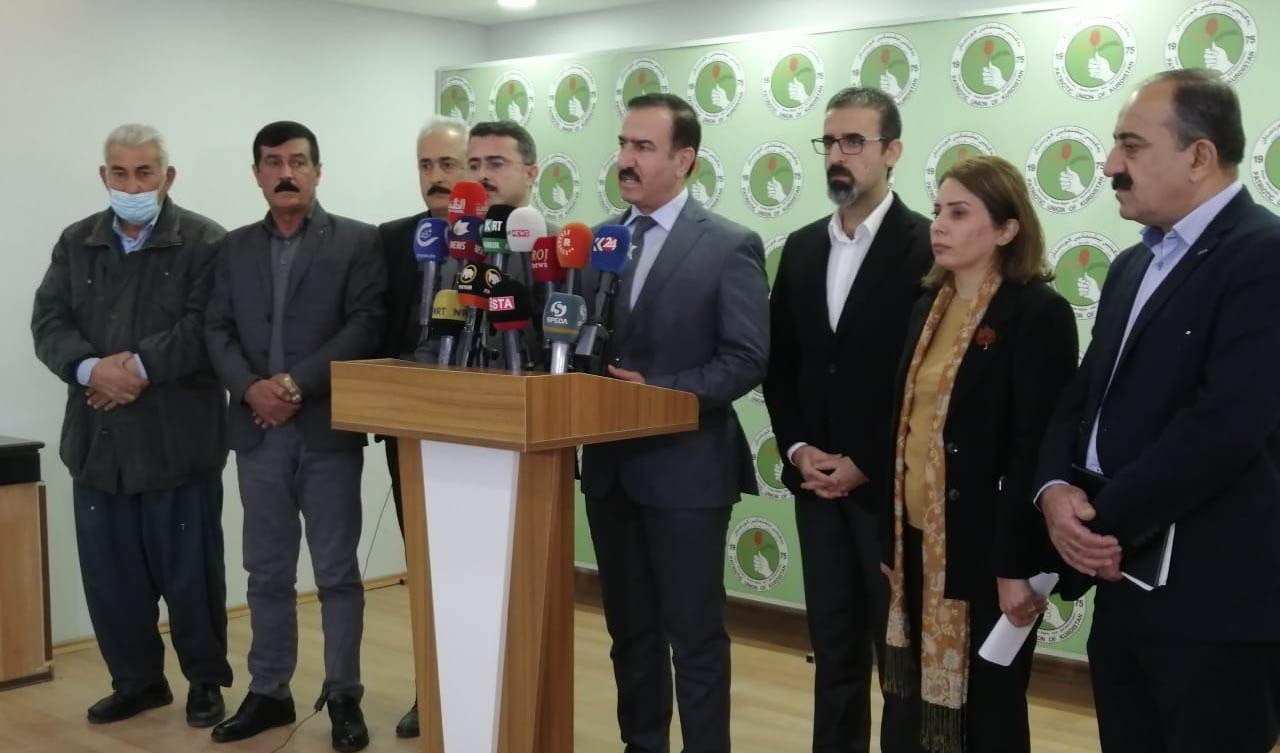 Shafaq News/ The Patriotic Union of Kurdistan bloc in the Iraqi parliament condemned on Sunday the Arabization of the Kurdish areas in Kirkuk, the disputed governorate between Erbil and Baghdad.

MP for the National Union in Kirkuk visited today the Balkana and Sarkran sub-districts over complaints submitted by Kurdish farmers whom expatriate Arabs were seizing their lands.

In a press conference on the sidelines of the visit, MP demanded Prime Minister Mustafa Al-Kadhimi to form a committee of the concerned parties to solve the problem of agricultural lands in the disputed areas.

During the conference attended by Shafaq News Agency, MP Rebar Taha said, "some points need to be clarified for public opinion, including this planned Arabization by internal parties, with the influence of parties in Baghdad and some government institutions."

He added, "here is military interference accompanying the Arabization operations. We reject this matter as we said earlier and reiterate today. No military party can carry out such practices," stressing the need to deal with issues of the disputed areas in accordance with the decisions issued by the Parliamentary Committee formed to implement the provisions of the Article 140 of the Constitution.