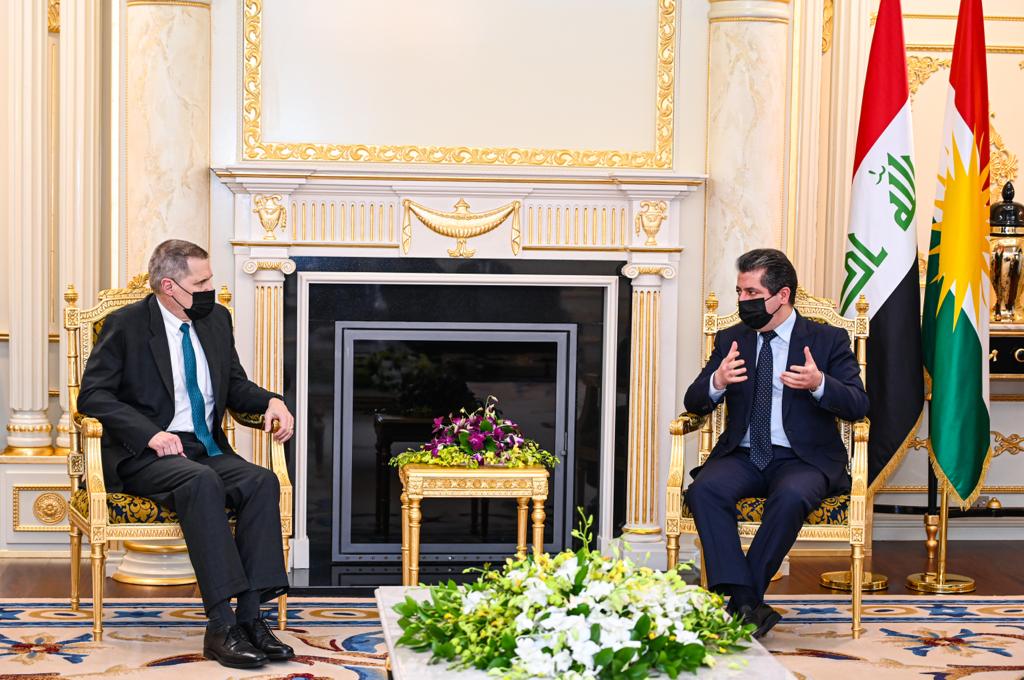 Shafaq News/ The Prime Minister of Kurdistan, Masrour Barzani, dismissed the Federal Supreme Court's ruling against the 2007 oil and gas law enacted by the Kurdistan Regional Government (KRG) as a violation of its constitutional rights.

The Prime Minister's remarks came during a meeting he held with a group of senior US military and diplomatic officials earlier today, Wednesday, in Erbil.

The meeting attended by the US Deputy Assistant Secretary of State for Iraq and Iran Affairs Jennifer Gavito, and the US ambassador to Iraq Matthew Tueller, discussed the latest updates on the political situation in Iraq, Syria, and the Middle East.

The Prime Minister reiterated KRG's position from the Federal Supreme Court's ruling that he dismissed as a violation of the region's constitutional rights.

PM Barzani said that the ruling "does not serve the interest of the citizens, the stability, security, and peace in Iraq," expressing KRG's willingness to "address the issues via dialogue and on the basis of the constitution."

According to the statement, Tueller and Co reiterated the US commitment to "the sustainability of economic and political stability of the Kurdistan region."

The meeting touched upon the threat of the ISIS terrorist group and the "importance of supporting and aiding the Peshmerga forces."

Kurdistan's PM to participate in the World Economic Forum in Switzerland