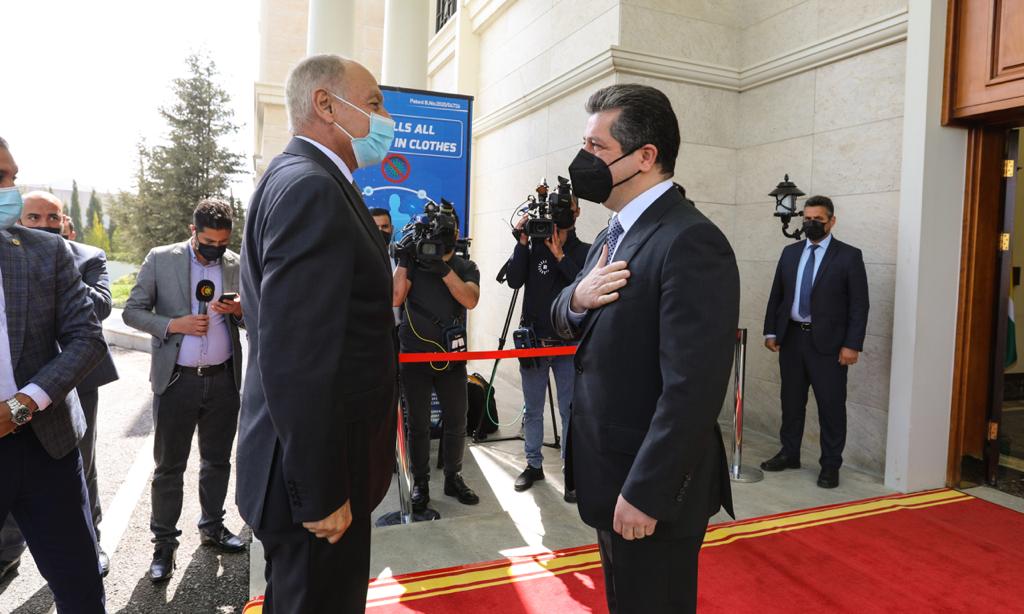 A readout of the meeting issued by the Cabinet said that PM Barzani discussed with his guest the latest updates in the Iraqi scene and shed light upon the relations of Kurdistan Region and the Arab states.

Aboul Gheit said that his visit to Erbil is an invitation to the Arab states to extend Outreaches with the Region within Federal Iraq, especially in the fields of commerce and investments.

The Prime Minister expressed gratitude for the AL Secretary-General's support, hoping that it plays its "vital role in settling the accumulated disputes between Baghdad and Erbil."