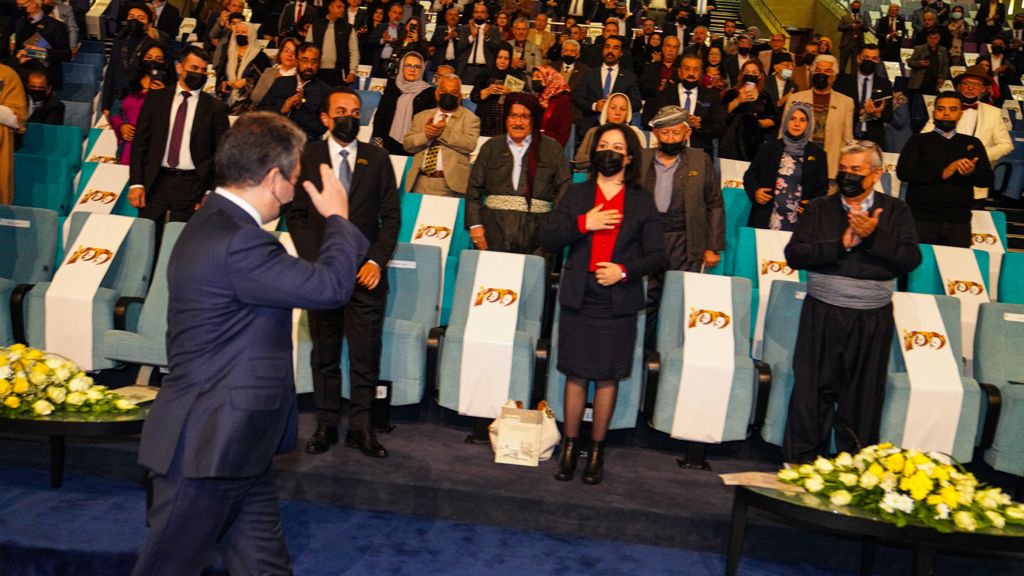 “I’m very happy to be here today to celebrate this big event,” Prime Minister Barzani said in a speech he delivered during the event.

The first theater show in the capital of Kurdistan was held back in 1921.

“That theater show was considered the start of this form of art in Erbil and the Kurdistan Region,” Barzani said.

The prime minister thanked the event organizers, saying that events like those help keep the theater in the Kurdistan Region and Erbil’s history alive.

“As you all know, Erbil is one of the oldest continuously inhabited cities in the world,” he said.

Barzani noted that the first theater performance in Erbil was about the historical Kurdish leader Saladin (Salahuddin) Ayyub.

“In modern history, the theater played an important role in conveying important messages and educating the community,” he said. “Theater performers can play a positive role in introducing Kurdish culture and history to the world.”

The prime minister pointed out that the Kurds have been subjected to several atrocities throughout their history, and this could become a topic that future theater shows could shed light upon.

“We reconfirm the Kurdistan Regional Government’s support to art and cultural projects despite the economic difficulties my cabinet has had in the past few years,” Barzani said. “Besides our focus on developing the economy and infrastructure, we believe that paying attention to developing culture and art is also important, for the sake of having a developed and educated community.”

A documentary film named ‘The First Torch’ was played during the event. The documentary covered the history of theater in the Kurdistan Region and included interviews with some of the most prominent Kurdish theater performers.