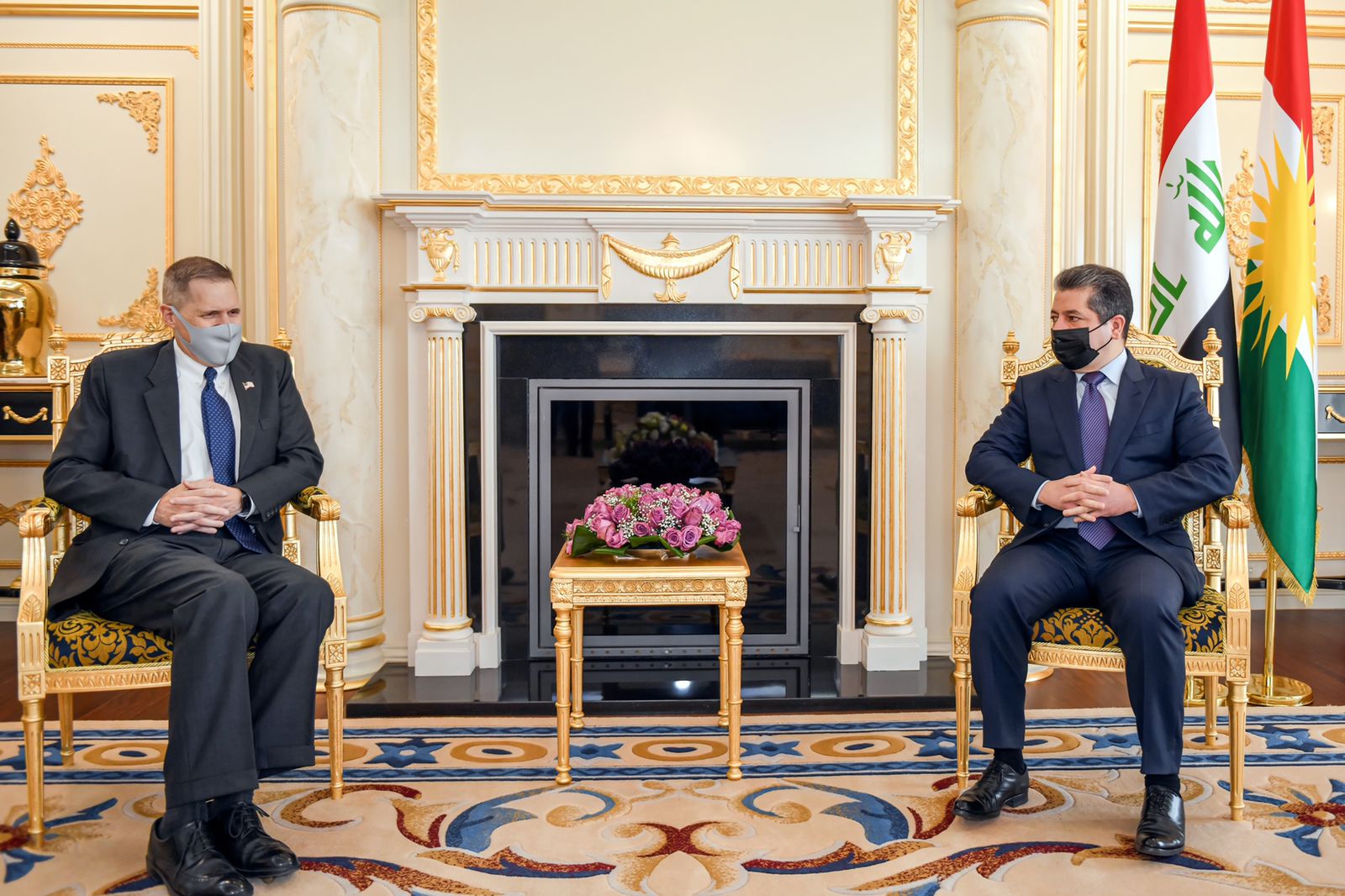 In the meeting, the two parties discussed the latest developments in Iraq and the region, as well as ways to enhance relations between the Kurdistan Region and the United States, according to a statement by the regional government.

The US Ambassador to Iraq congratulated the Prime Minister on the success of the Iraqi Parliamentary elections, and reiterated his country's support for a stable and sovereign federal Iraq.

The Prime Minister thanked the United States for its support, stressing the need to form a comprehensive government that guarantees the rights of all Iraqi components.