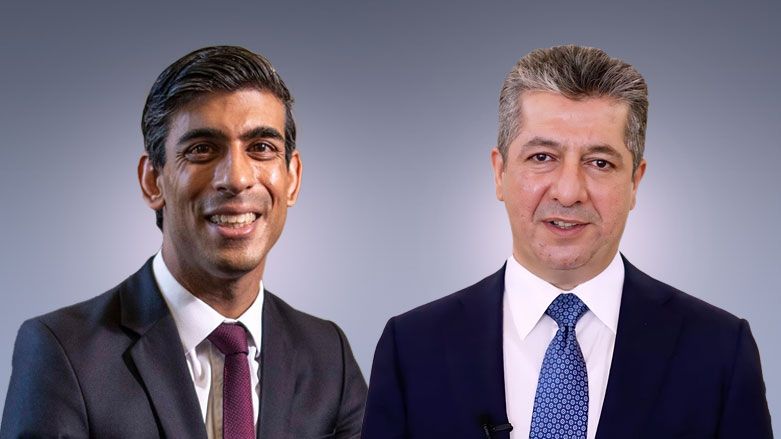 Shafaq News / The Prime Minister of the Kurdistan Region, Masrour Barzani, received a letter from his British counterpart Rishi Sunak on Wednesday.

Barzani said in an official statement, "Today I received a letter from Rishi Sunak, the Prime Minister of the United Kingdom. Prime Minister Sunak described in the letter the long history of the UK working with the Kurdistan Region. He emphasized that the historic relationship remains as strong as ever today, spanning many shared values and areas of cooperation."

"The Prime Minister stressed that the UK is committed to the security and stability of the Kurdistan Region of Iraq. He also mentioned the high value of our security partnership and our commitment to working together through the global coalition to ensure a lasting defeat of ISIS", he added.

The Prime Minister concluded, "He was encouraged by our wider economic cooperation across the region and keen to deepen our trade and investment relationship, particularly in agriculture and digitalization."