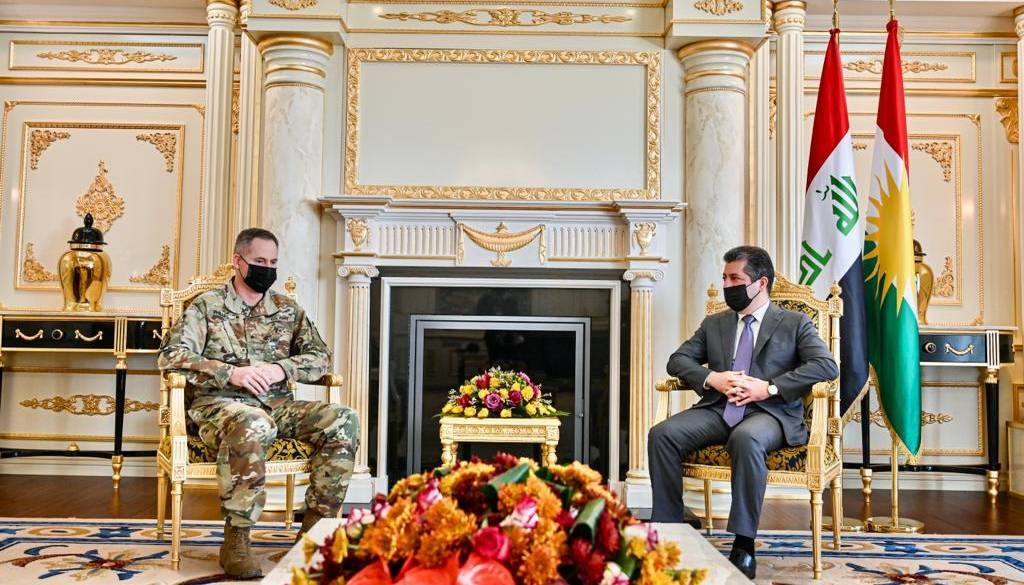 Shafaq News / The Prime Minister of the Kurdistan Region, Masrour Barzani, received today, Tuesday, a US military delegation led by BG Keith Phillips, senior military advisor to the US mission in Iraq.

A statement by the Regional Government said that the two sides discussed security developments in Iraq, confronting ISIS terrorists and terrorism in general, and the importance of strengthening cooperation between the Iraqi army and the Peshmerga.

PM Barzani thanked the US for its support to the Peshmerga and wished outgoing Advisor BG Phillips success in his future duties.

The statement added that the meeting discussed KRG's efforts to reform the Peshmerga Ministry and the need for our continued cooperation in these efforts.