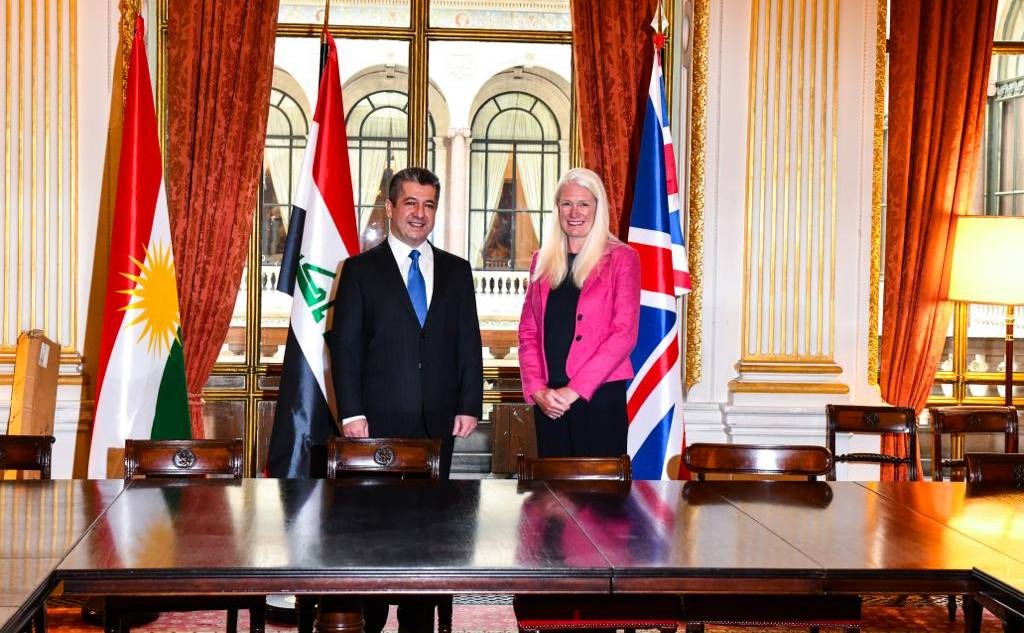 Shafaq News/ The Prime Minister of the Kurdistan Region, Masrour Barzani, met with the United Kingdom's Minister of State for Asia and the Middle East, Amanda Milling, in London earlier today, Tuesday.

According to a readout issued by his bureau, Prime Minister Barzani discussed with Minister Milling the latest updates on the political situation in Iraq.

The meeting discussed the endeavors to form a federal government in Iraq and the bilateral ties between Erbil and London.