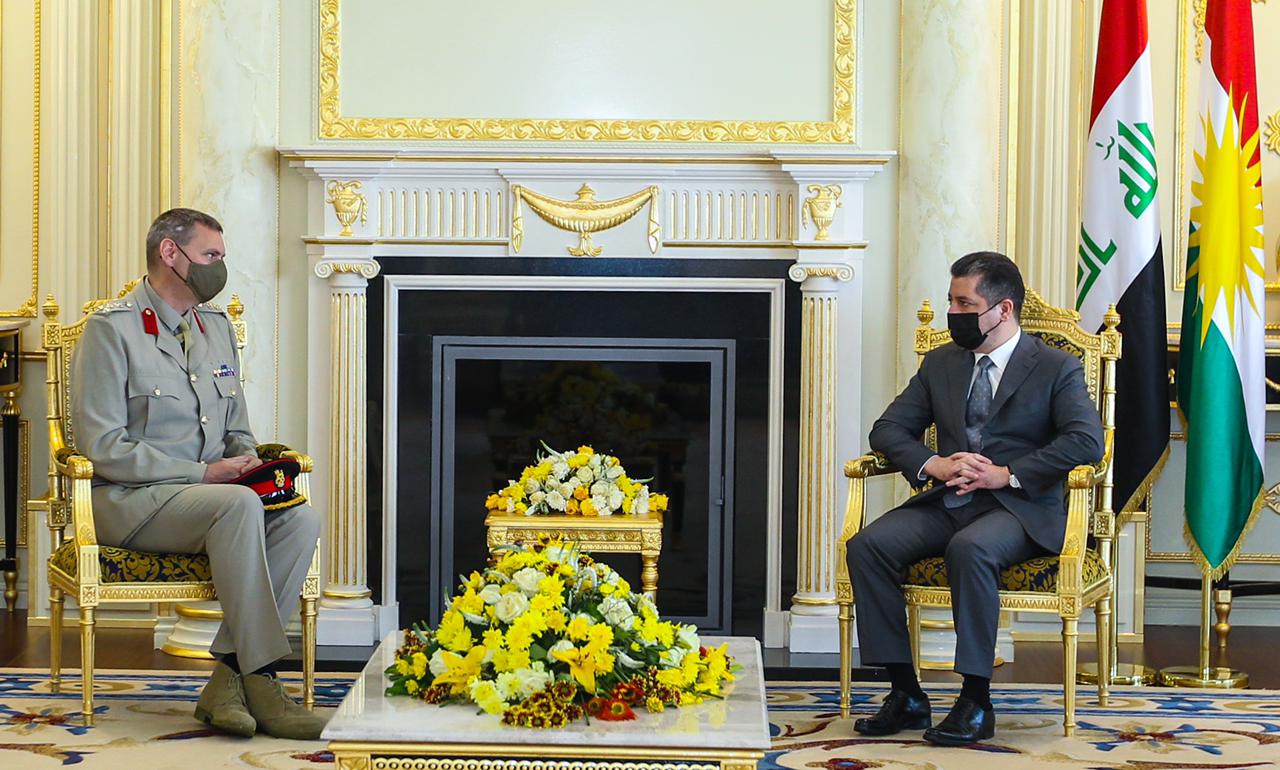 According to a statement issued by the regional government, attended by Deputy Prime Minister Qubad Talabani, both parties discussed the latest developments in Iraq and Syria. At the same time, Bell commended the Peshmerga forces' sacrifices and the Reforms initiated by the Kurdistan Regional Government, particularly in the Ministry of Peshmerga.

The Deputy Commander stressed the need to continue supporting the Peshmerga forces and enhancing security coordination with the Iraqi army to confront ISIS. In addition, both parties emphasized the importance of activating joint security coordination centers in the Kurdish regions outside the region's administration.

For his part, the Prime Minister expressed appreciation for the Global coalition forces' support, adding that defeating ISIS depends on the elimination of the causes and factors that lead to the emergence of terrorism, and pointed to the need to vote on the criminal court's draft law on ISIS crimes by the Council of Ministers of the Kurdistan Region, according to the statement