PM Barzani hosts the US Deputy Special Envoy to Syria 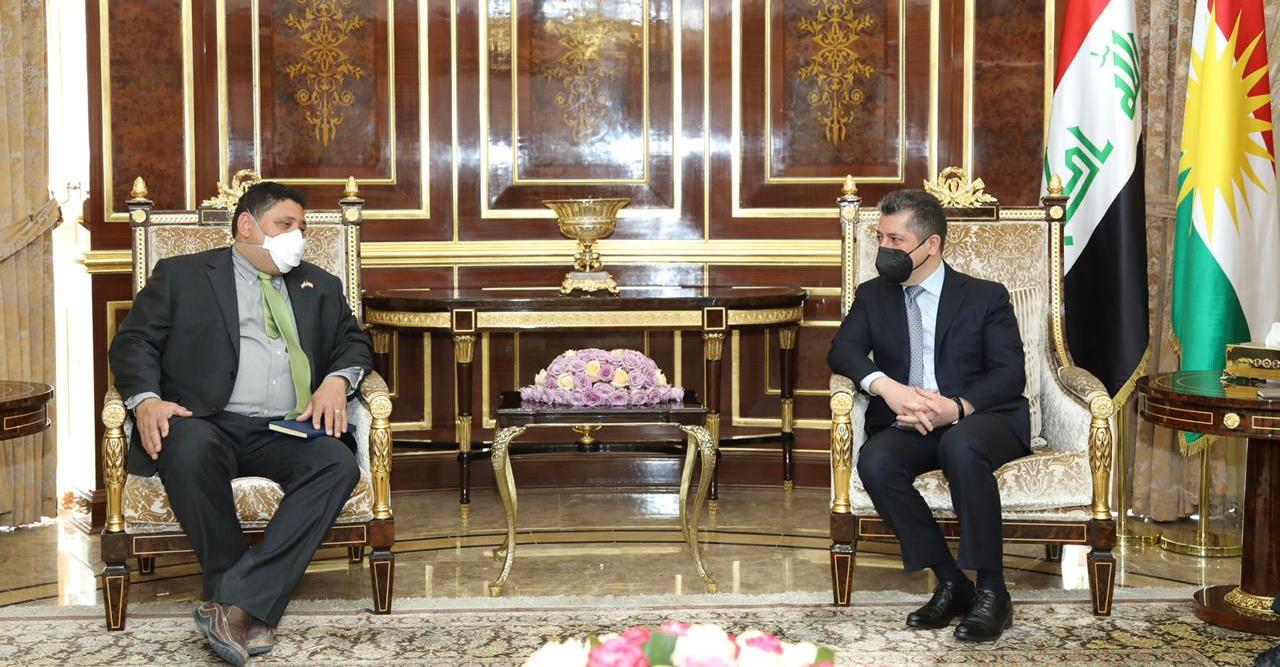 A readout of the meeting issued by PM Barzani's office said that the meeting was attended by the US Consul-General in Erbil, Rob Weller.

Barzani and his guests discussed the latest developments in the Iraqi and Syrian Arena and ways to enhance the cooperation with the Global Coalition, stressing the importance of supporting the Peshmerga forces to combat ISIS gangs that still pose a real threat to many areas in Iraq and Syria.

The meeting reiterated their support for the Kurdish-Kurdish dialogue in Syria to preserve the rights of the Kurdish community within the framework of Syria.