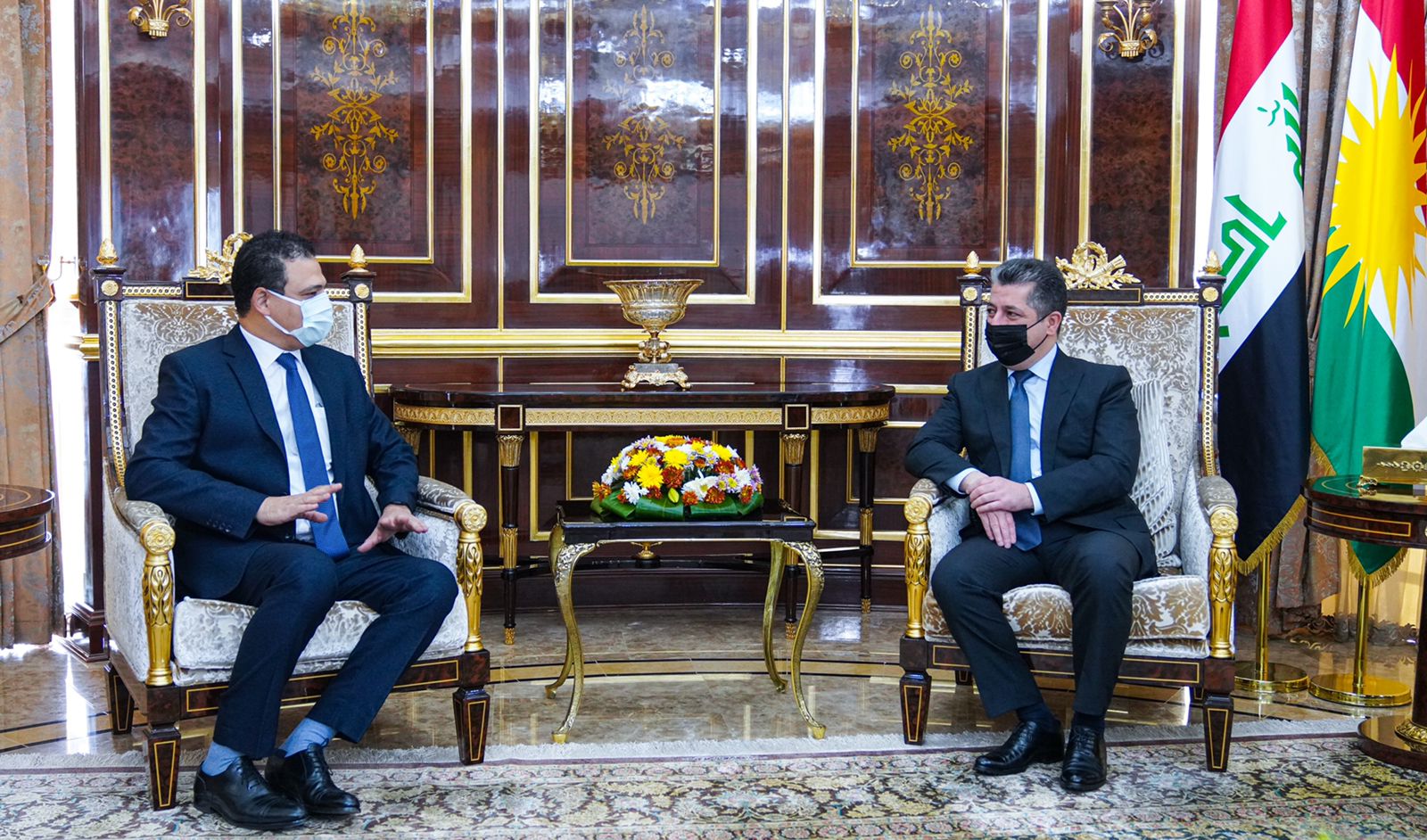 According to a readout issued by his office, PM Barzani discussed with his guests the recent updates on the political situation in Iraq and ways to bolster the ties between Kurdistan and Egypt.

The Prime Minister highlighted the vital role of Cairo in the political process in the Middle East and the Region's endeavor to develop the prospects of further cooperation with Egypt.

The Egyptian diplomats thanked the Regional Government for its role, expressing willingness to push forward the commercial and economic partnership between Cairo and Erbil.