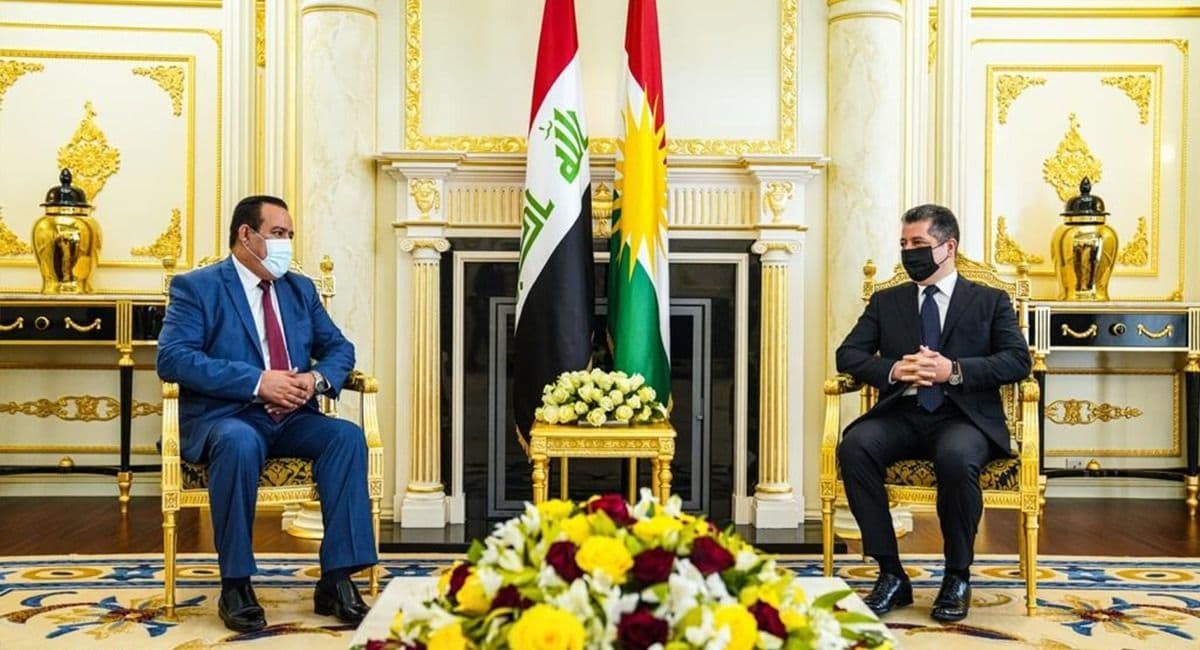 Shafaq News/ The Prime Minister of the Kurdistan Region, Masrour Barzani, stressed the importance of securing the appropriate atmosphere for the upcoming elections to ensure their integrity.

The media office of the Presidency of the Regional Government said in a statement that Barzani received a delegation from the Iraqi Umma Party, headed by the party's Secretary-General Mahmoud Hussein al-Aqili, to discuss the latest developments in the Iraqi arena.

He added that Barzani and al-Aqili discussed the preparations for the upcoming legislative elections, stressing the need to provide the appropriate atmosphere for holding fair elections.

The office indicated that the Iraqi Nation Party commended the Kurdistan Region's position in providing a haven to hundreds of thousands of Iraqi displaced people.

However, the two parties shed light, during the meeting, on the importance of Baghdad and Erbil according to the constitution.

Barzani: Baghdad has no excuses to secure the region’s salaries