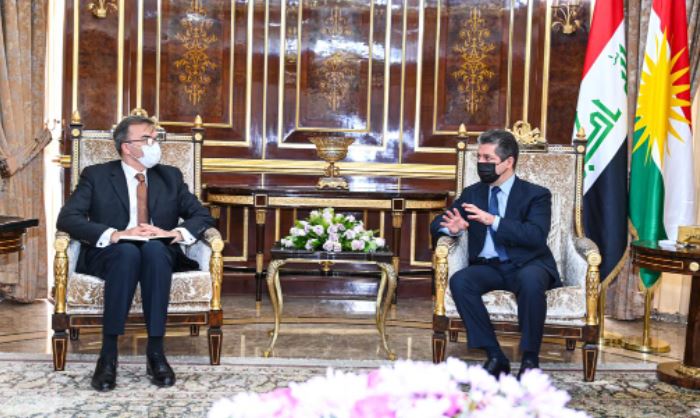 According to a readout issued by his bureau, the Prime Minister discussed with his guest the bilateral ties between Erbil and Geneva and the ongoing efforts to form a new government in Iraq.

PM Barzani thanked the Swiss diplomat for his effort and wished him success in his future missions, the readout said.

Masrour Barzani encourages US companies to invest in the region