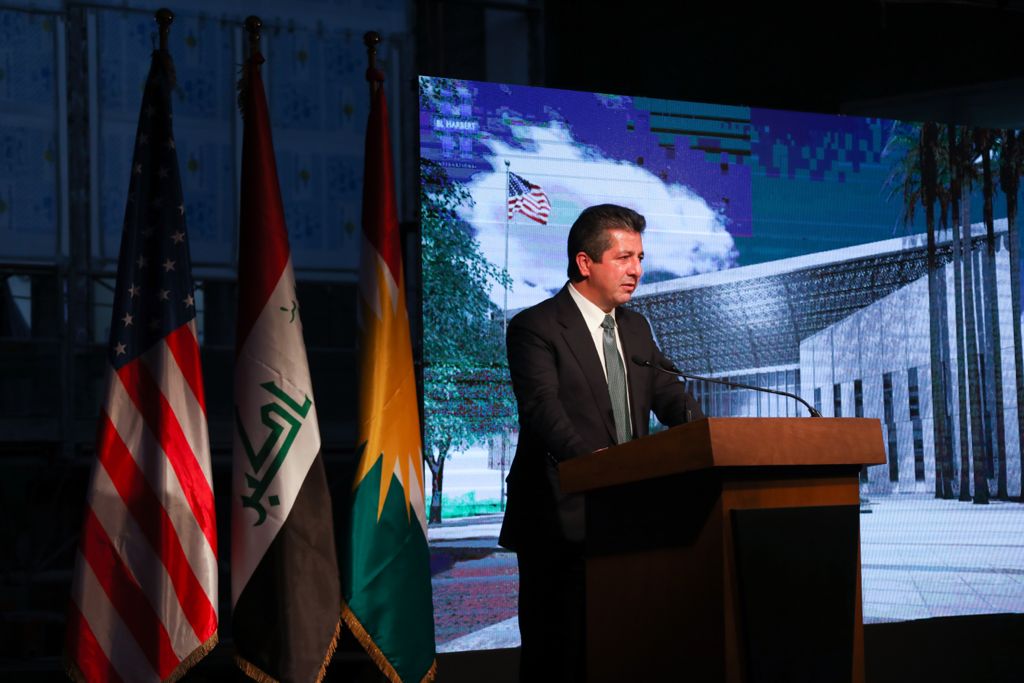 Shafaq News / The President of Kurdistan Regional Government, Masrour Barzani, affirmed that the future of partnership with the United States will not be limited to supporting the Peshmerga forces and the war against ISIS.

On the occasion of the completion of the US Consulate's new structure in Erbil, PM Barzani said, "The recent regional events, especially in Afghanistan, have made Kurdistan aware of the dangers of persecution and marching towards an unknown fate, as the Kurdish nation has endured more than enough of uncertainty, and has borne increasing burdens while remaining true to its principles."

"The war with ISIS is not over yet. ISIS still poses a threat to our common values, regional peace, and stability. But as long as we stand together, our resilience cannot be shaken."

He added, "the Peshmerga has proven its ability and commitment to fighting ISIS and defeating it on the battlefield, and the United States has shown its commitment to stand with the Kurdistan Region as partners."

“When I pointed out to Ambassador Matthew Tueller earlier this year the importance of the United States showing a public commitment to Kurdistan, he said: Well, Mr. Prime Minister, we are building the largest US consulate in the world in Erbil, so what more can we do than that?"

The Prime Minister explained that the partnership with the US has become tangible through the growing American footprint in Kurdistan, from companies, restaurants, and schools to tourists and relations between people.

Barzani Emphasized the importance of investing more in agriculture, tourism and industry, saying, "I am very enthusiastic about the clean energy file, and I look forward to exploring opportunities in these areas, especially concerning incineration, petrochemicals, and gas."