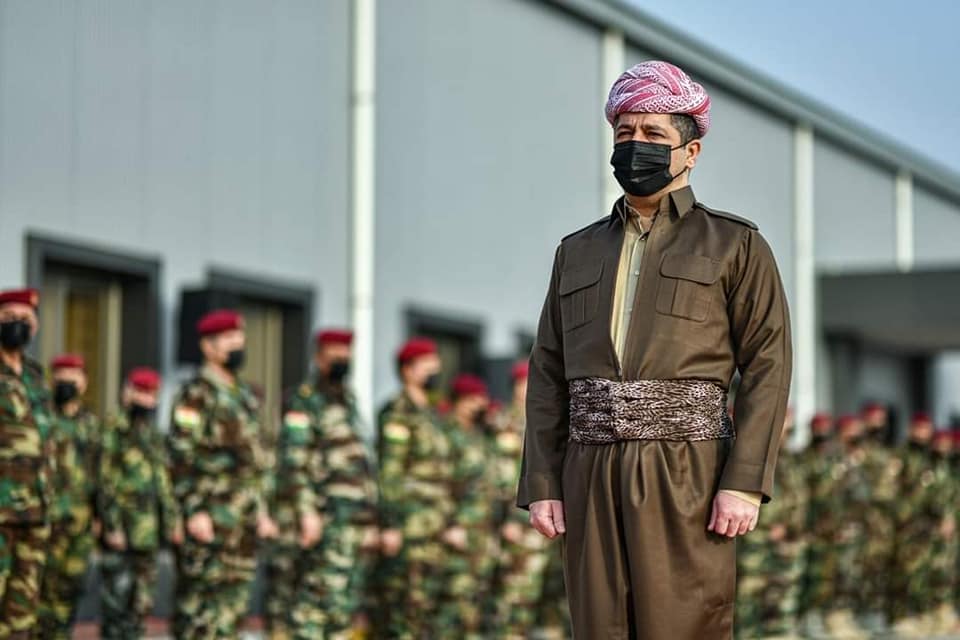 Shafaq News/ Kurdistan's Prime Minister, Masrour Barzani, said that the Peshmerga forces have raised the alert status to its utmost levels in the aftermath of the double attack waged by ISIS operatives in Garmyan yesterday.

The Region's peshmerga ministry said the slain fighters who were hit had been on their way to reinforce comrades who had come under attack by ISIS fighters.

"We have warned time and again about the dangers posed by the [ISIS] terrorists," Barzani said.

IS seized swathes of Iraq in a lightning offensive in 2014, before being beaten back by a counter-insurgency campaign supported by a US-led military coalition.

The Iraqi government declared the extremists defeated in late 2017, but the jihadists retain sleeper cells which continue to strike security forces with hit-and-run attacks.

Masrour Barzani: our constitution must reflect the aspirations of Kurdistan's people