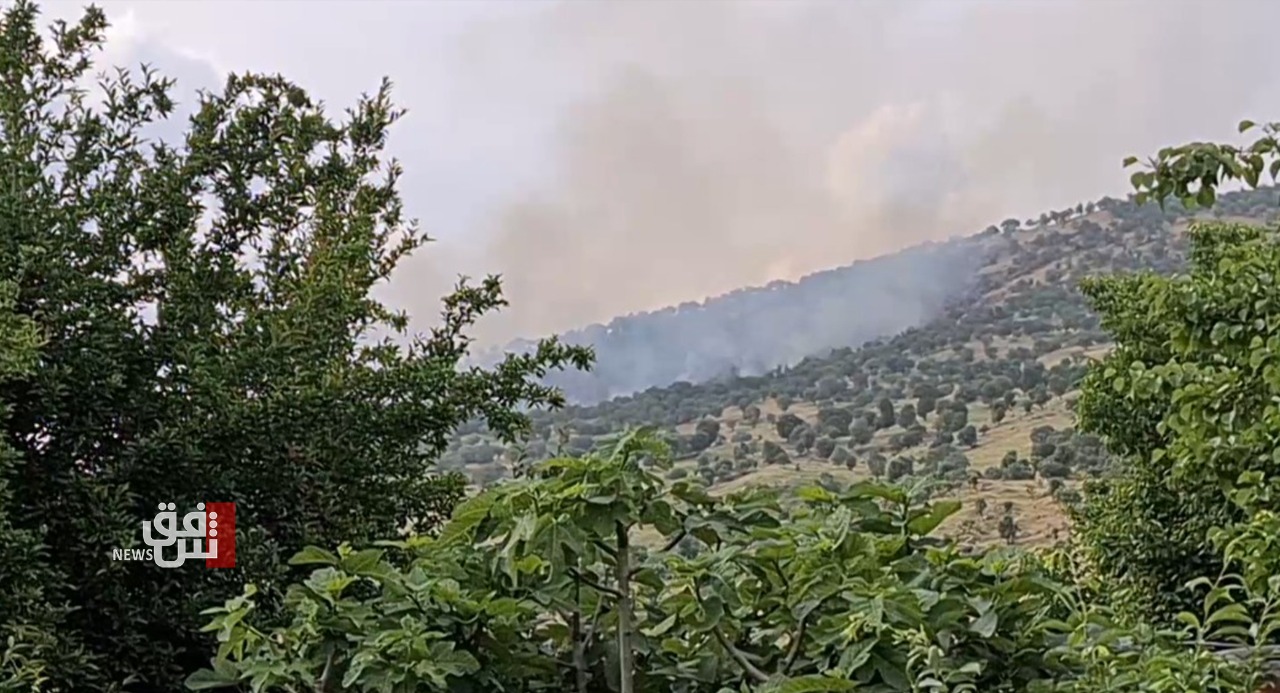 Shafaq News/ Violent clashes erupted between the fighters of the Kurdistan Workers Party (PKK) and Turkey's troops in the vicinity of Kista village of Kani Masi sub-district, Duhok governorate.

The headman of the village located in Amadiyah, Mahmoud Kisty, said in a statement to Shafaq News Agency that the Turkish artillery fired ten shells on the village.

The overnight clashes resulted in vast fires in the Agricultural lands and forests near Kista and Calke.

"The Turkish army is trying to take over a tunnel of the PKK, less than 50 meters from Kista," he added.

The headman said that more locals would be moving outside the village because of the security situation.