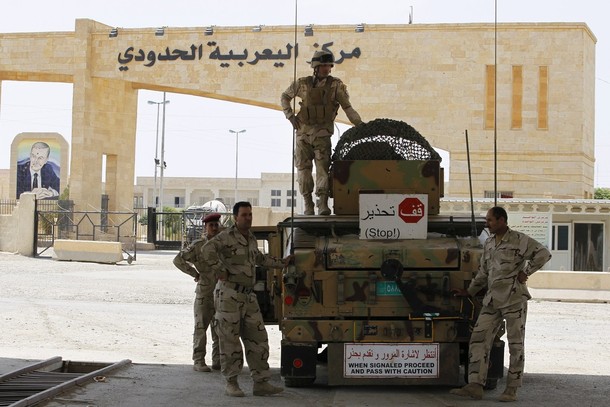 Shafaq News / A Belgian delegation discussed with the Autonomous Administration in northern and eastern Syria the possibility of reopening the al-Kojer Yarubia border crossing, to bring aid and medical supplies to combat COVID-19, as well as other issues.

The two sides also discussed, "the necessity for the Autonomous Administration to participate in the political process under international decisions, in addition to Turkey's continuing violations in the areas it controlled."

The Belgian delegation discussed the Turkish threats to the region, in addition to the file of the war-wounded and how to provide them with assistance, the file of ISIS fighters detained by the Qasd, as well as their families in the camps, and how to work jointly to resolve these files."

The Belgian delegation also indicated that their visit aims to convey the reality of the situation in eastern Syria to the international and European community and pressure them to help the victims of this region, according to the statement of the Department of Foreign Relations.