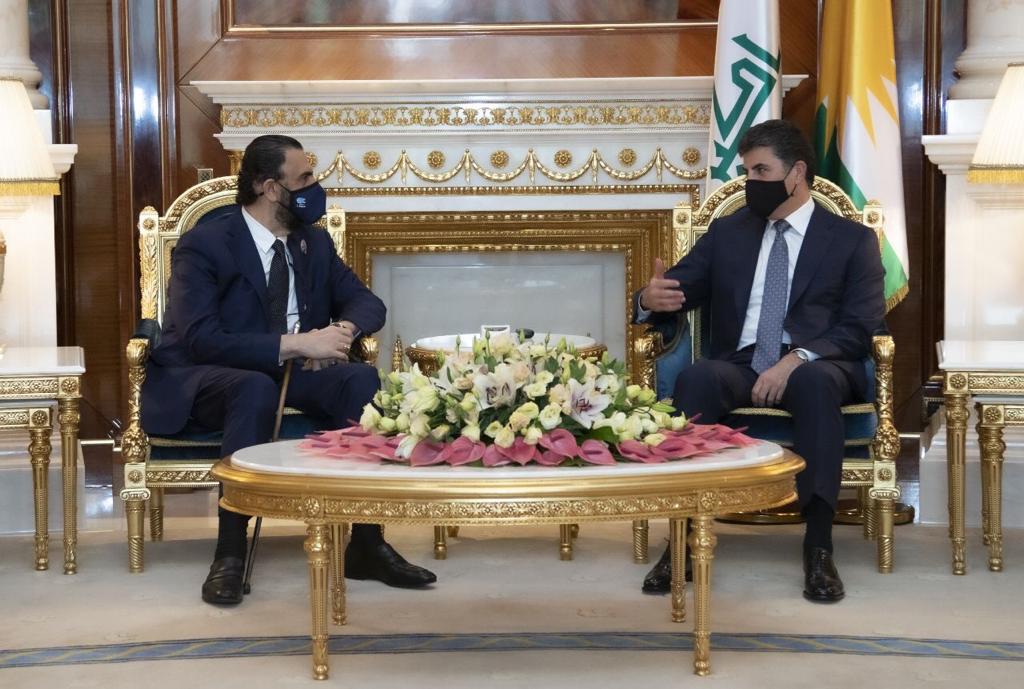 Shafaq News / The President of Kurdistan Region, Nechirvan Barzani, expressed on Tuesday his support for organizing a conference on Sufism in Iraq.

This came during his reception of Sheikh Mohammed Abdul Karim al-Kasnazani, the leader of the Kasnazani order of Sufism.

A presidential statement said that Barzani touched on the important role of Sufism in spreading the spirit of moderation, renouncing violence, distancing from fanaticism and religious extremism.

For his part, al-Kasnazani expressed his readiness to organize a conference on Sufism, during which the message of flexibility, moderation, and the rejection of violence would be emphasized, and guests would be invited from everywhere to participate in it.