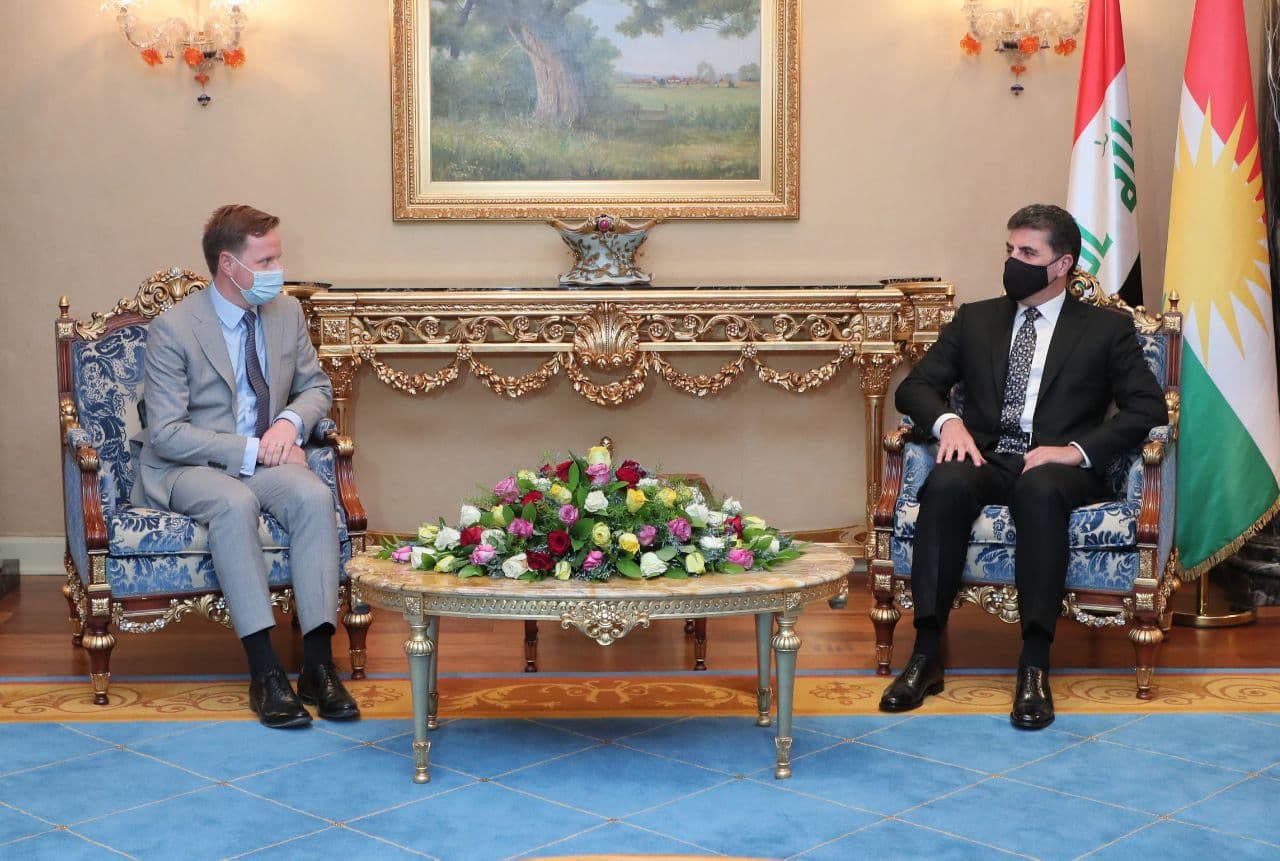 Shafaq News/ The President of Kurdistan Region, Nechirvan Barzani, discussed today, Monday, with the British Ambassador to Iraq Stephen Hickey, the last steps of the dialogue between Erbil and Baghdad, and the political map expectations after the elections.

In a statement received by Shafaq News agency, the Kurdistan Region Presidency said that Barzani received, on Monday evening, Hickey in Erbil.

The meeting also discussed the latest steps in the dialogue between Erbil and Baghdad, the issue of the Federal budget, the region’s share, the internal situation in the region, the Sinjar agreement, terrorism and the risk of ISIS resurgence, the upcoming elections in Iraq, and the political map expectations after the elections scheduled for next October.

Barzani stressed the willingness and desire of the Kurdistan Region to finally address all problems with Baghdad on the basis of the constitution and the importance of consolidating the federal system, stressing that resolving the differences of Kurdistan Region with the federal government is the key to current and future stability in Iraq.

The statement noted that the British Consul General in Erbil, James Thornton, attended the meeting in which the two sides agreed on the importance of implementing the Sinjar Agreement and resolving Erbil-Baghdad differences, noting that the British ambassador expressed his country's endeavor to continue supporting Iraq and the region.