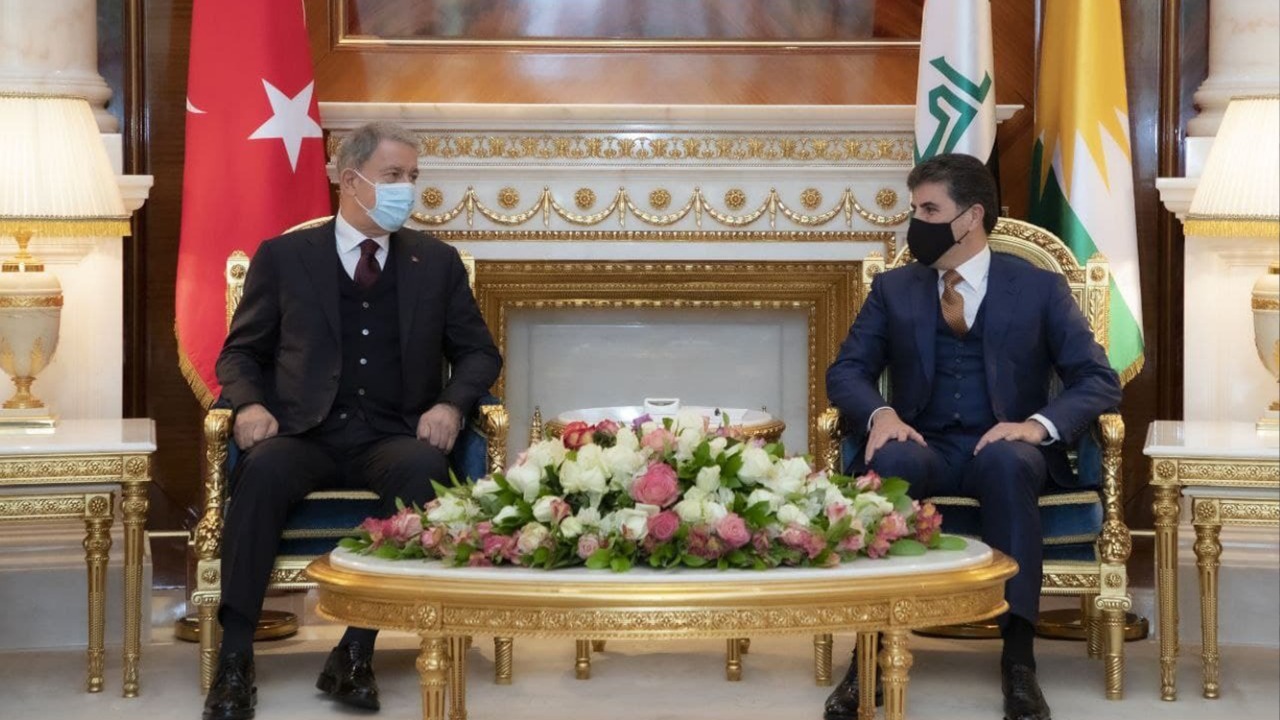 Shafaq News / The President of Kurdistan Region, Nechirvan Barzani, stressed the importance of protecting security and stability in the Region amid coordination between Iraq and Kurdistan with Turkey.

In his turn, Barzani appreciated Turkey's cooperation with Iraq and Kurdistan in the war against ISIS, refusing the attempts to render them springboards to attack Turkey.

Barzani hoped that Iraq would fulfill its duty in this regard and assured the guest delegation that the Kurdistan Region, as always, would be a factor of security and stability in the Region.

The statement indicated that the two sides discussed ways to develop relations between Iraq and the Kurdistan Region with the Turkish side in all fields, in addition to discussing relations between Erbil and Baghdad, the problems that hinder the political process, the war against ISIS, ways of cooperation and coordination between the two sides, and the situation in the Region in general.

Furthermore, the two sides stressed the importance of implementing Sinjar Agreement, according to the statement.