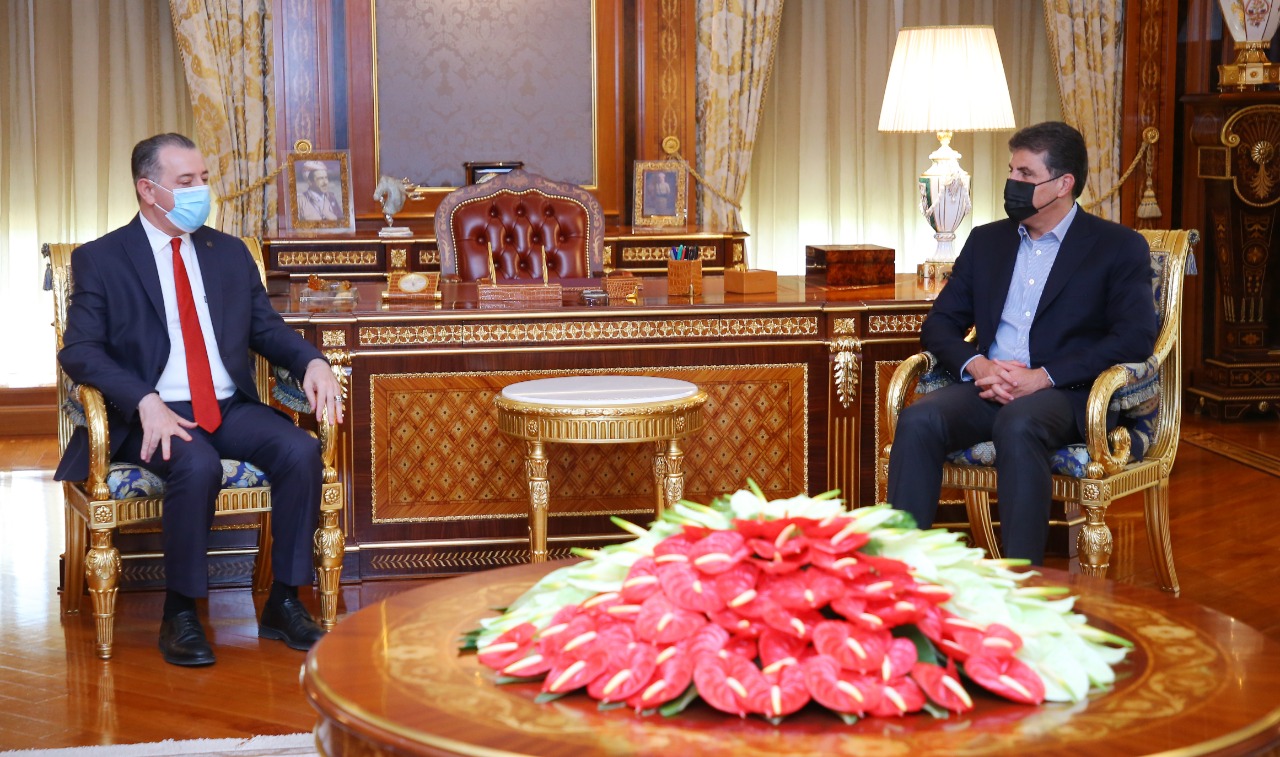 Shafaq News / The President of Kurdistan Region, Nechirvan Barzani, described on Monday the region as the cradle of safety for all religious and national components.

A statement by the presidency of the region received by Shafaq News agency stated that Barzani met on Monday with the regional minister for component affairs, Aiden Maarouf. The meeting discussed the status of components, especially the Turkmen component, and shed light on their partnership, role and participation in the political process, administration and other fields of life in Kurdistan Region.

Barzani reiterated that the Turkmen are an integral component of Kurdish society and have a prominent and remarkable role in building and developing all fields of life in Kurdistan Region.

In another part of the meeting, the Minister of the Region for Component Affairs presented an overview of the conditions of other religious and national components in Kurdistan, and presented their affairs, requirements and needs, referring to the Turkmen and Syriac studies and their cultural activities.

The statement added that Barzani stressed Kurdistan Region’s policy to protect and deepen the culture of enriching coexistence, acceptance of others, and tolerance among all religious and national components in Kurdistan Region in such a way that Turkmen, Christians, Yazidis, Kaka'is, Armenians, Shabaks, Arabs, Kurds and all components are equal, reaffirming that Kurdistan remains the homeland and the cradle of safety for all.