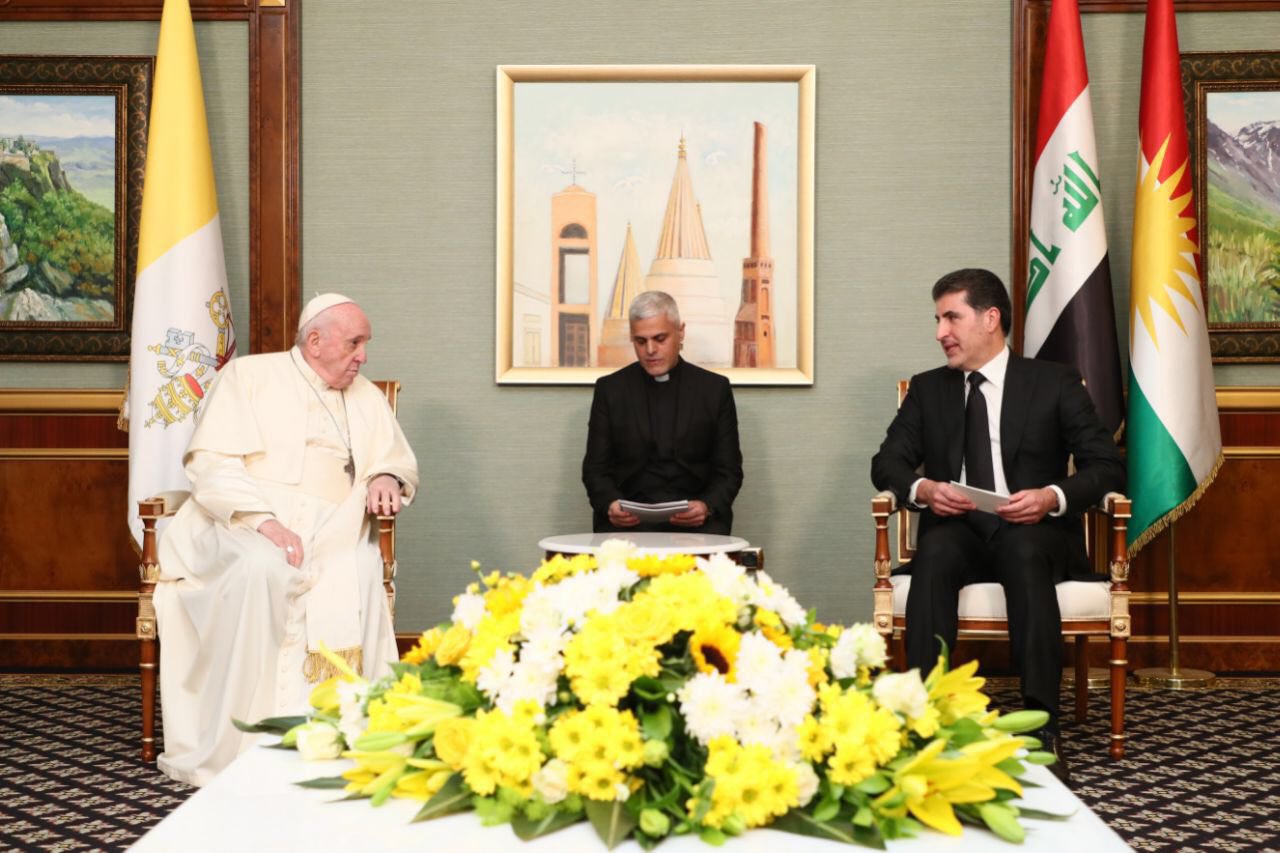 He added, "As apostolic visit begins in Kurdistan, we reiterate our lasting commitment to peace, religious freedom & fraternity. We also remember Peshmarga heroes and all those who made ultimate sacrifice to defend peace & liberty for all Iraqis."

Pope Francis took off towards the city of Mosul after meeting with the President of Kurdistan Democratic Party, the Kurdish leader, Masoud Barzani.

President Barzani: Kurdistan would always be a haven for forgiveness