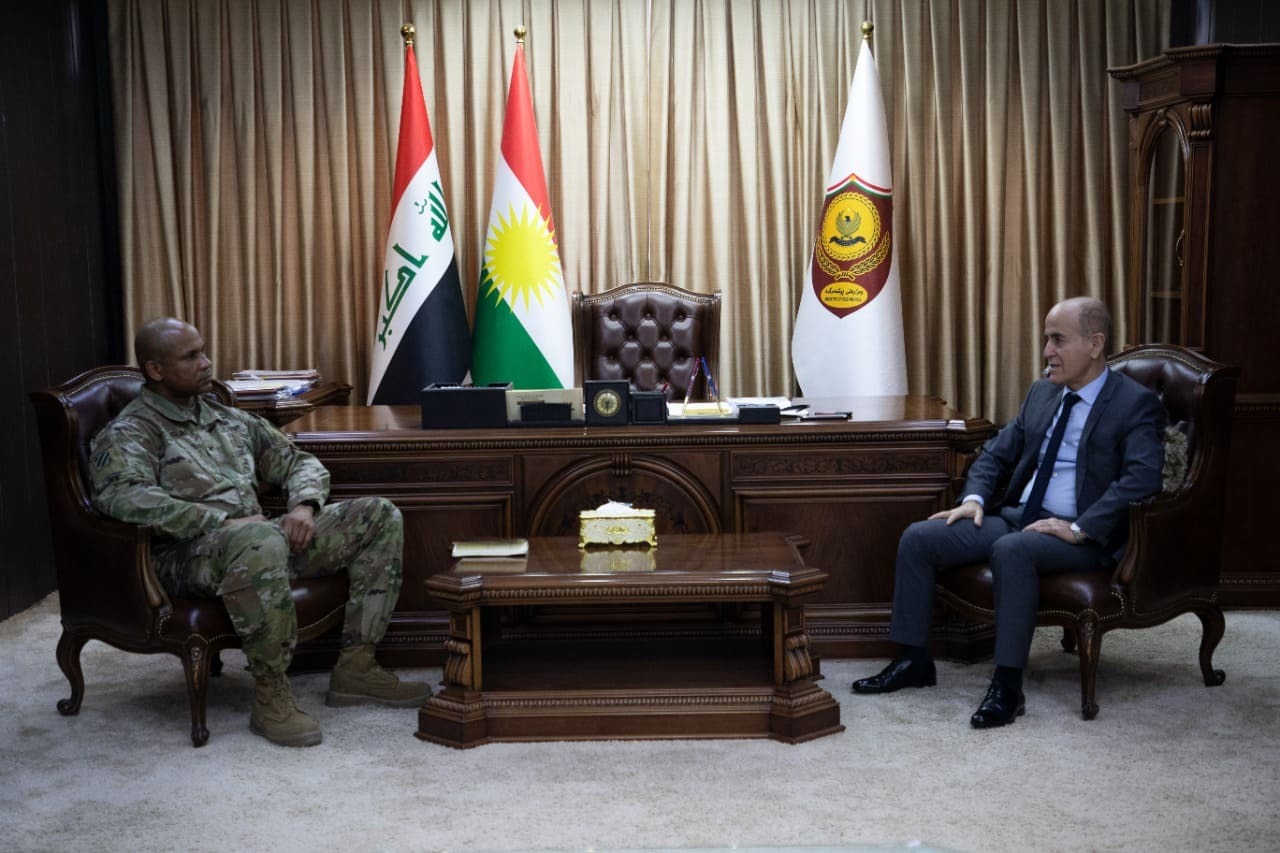 Shafaq News/ The Ministry of Peshmerga in the Kurdistan Regional Government confirmed today, Monday, that the ISIS threats require an increase in the aid provided by the United States and its allies to the Peshmerga forces.

In a statement, the ministry said that it continues the discussion with the US Security Cooperation Office in the region about new mechanisms for eliminating ISIS terrorists from various areas of Iraq, including the disputed areas.

According to the statement, Minister Shoresh Ismail held a meeting with the official of the US Security Cooperation Office in the region, Colonel Douglas, and his accompanying delegation. The two sides discussed the latest terrorist acts in the various areas and ways to confront and eliminate the remnants of terrorism.

In addition, the Minister of Peshmerga affirmed that  the current terrorist attacks require “expanding the size and type of aid from the US and the Global Coalition to the Peshmerga forces.”