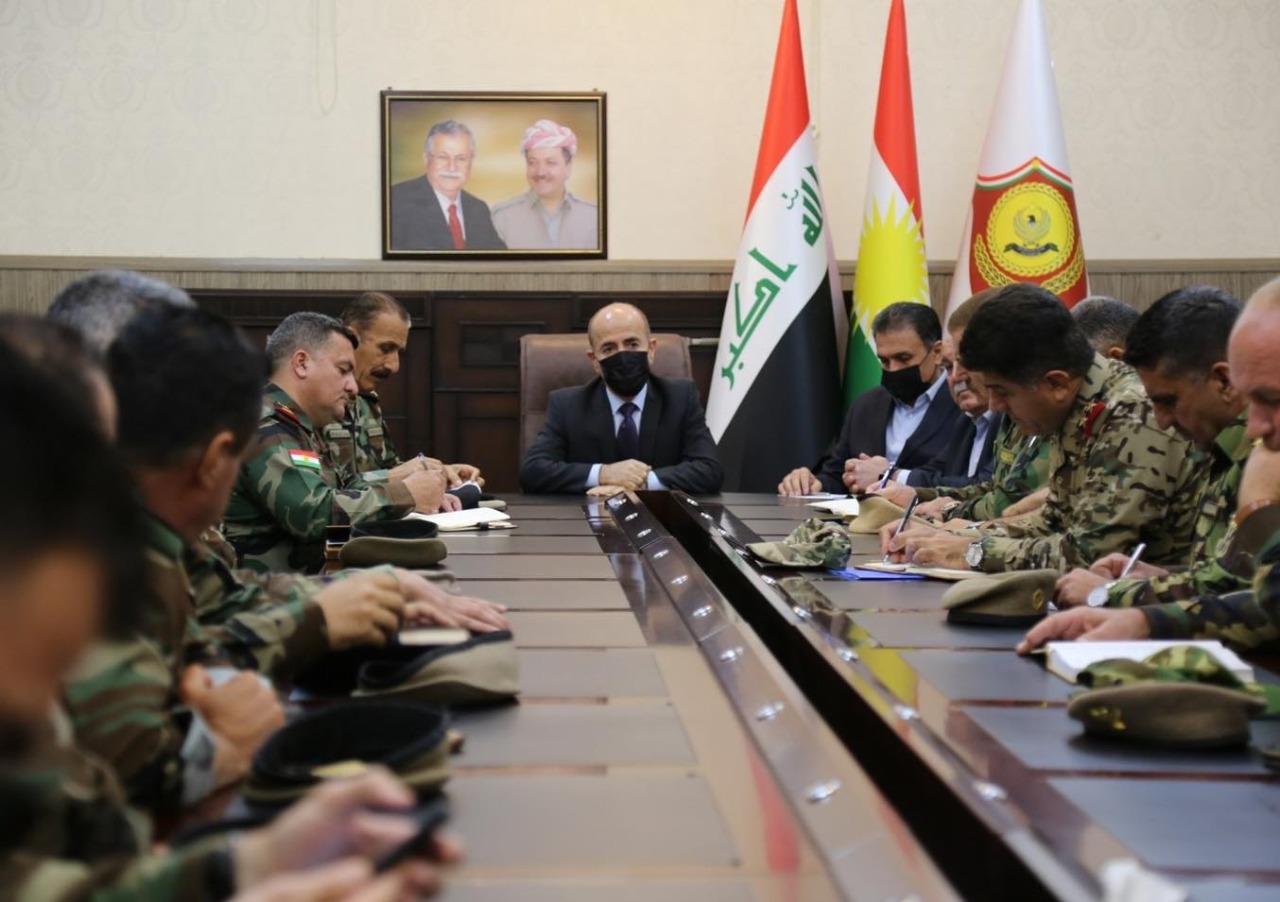 Shafaq News/ On Tuesday, the Minister of Peshmerga, Shoresh Ismail, called the military leaders to follow new war plans and tactics to confront the terrorists.

According to a statement, Ismail met with the Chief of Staff of the Ministry, Serbest Lazgin, and officials. They offered their condolences to the families of the Peshmerga victims, especially those who died in the past few days in the Karmsir axis.

“The Minister of Peshmerga stressed the importance of the forces to be prepared to protecting their positions after the re-emergence of ISIS through its sleeper cells.” The statement added.

During the past days, ISIS attacked the Peshmerga forces in the district of Kifri of the Garmyan administration, killing seven and wounding seven others of the Kurdish forces.

As a result of these attacks, Prime Minister Masrour Barzani announced that the Peshmerga forces entered a state of alert and readiness.

Yesterday, the Peshmerga forces launched an operation in Kifri to pursue ISIS remnants.

It is noteworthy that ISIS takes advantage of the security vacuums between the Peshmerga and the Iraqi army in the disputed areas to launch violent attacks on the Kurdish forces.

U.S. embassy in Baghdad condemns the PKK attack on the Peshmerga forces