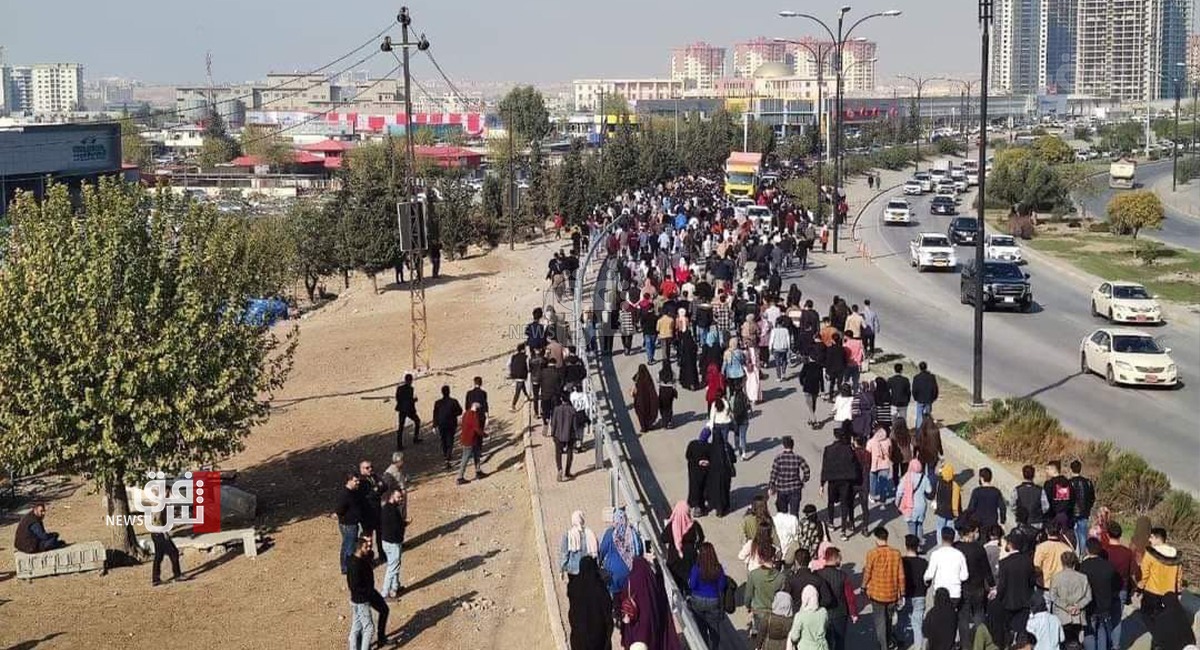 Shafaq News/ More than 40 journalists suffered from suffocation after the law enforcement fired rounds of tear gas to disperse the students demonstrating in many cities of the Kurdistan Region, according to the Metro Center for Journalists Rights and Advocacy.

The watchdog said that the demonstrations continued for the fourth consecutive day in Erbil, al-Sulaymaniyah, Derbendikhan, Soran, and Chemchemal, with graduates from previous years joining the rallies.

The center said that "47 suffocation cases were filed among journalists, five cases of substantial threats, 19 coverage prevention, and 15 attacks on media personnel."

"A group of students gathered inside Hewler Medical school, but they were prevented from rallying the main road. Dozens organized a gathering near the Ministry of Higher Education amid heavy security deployment. Journalists were prevented from covering the demonstration."

Metro correspondent to the demonstrations said that the media teams of Sharnews, Rojnews, Welat, Politic Press, and KNN were prevented from covering the event. Security forces seized the phones of some reporters.

Security forces encircled the old and new building of al-Sulaymaniyah University, where the gatherings took place, according to Metro report, and ambulances were seen entering the campus.

A student told reporters, "Our demands are simple. We did not demand handing us an oilfield. Some MPs come here to take selfies and leave."

Earlier, the demonstrations were calm compared to the past three days. However, security forces later deployed tear gas to prevent the demonstrators from moving towards the governorate headquarters and Salim street.