Member of Kurdistan's Parliament wins a lawsuit against a border-crossing 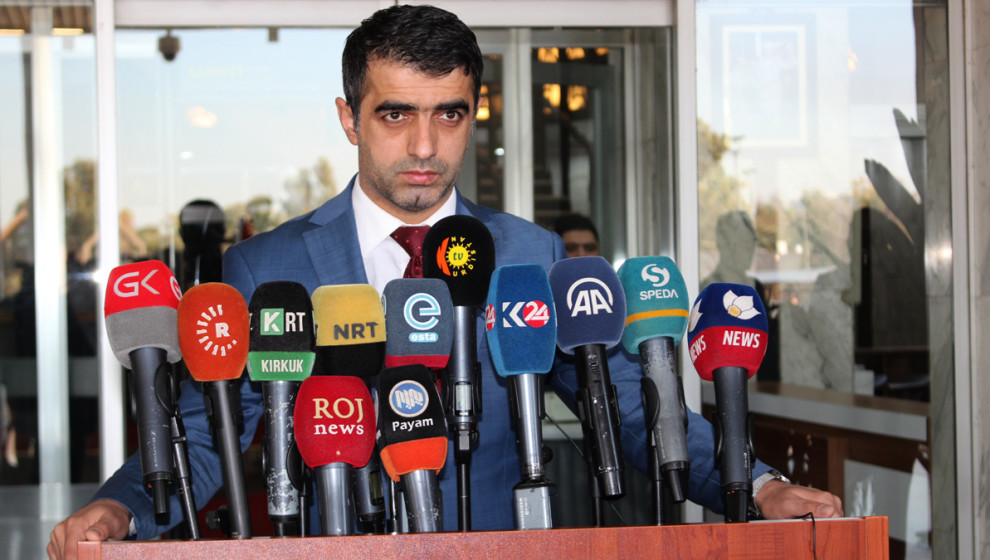 Shafaq News/ Member of Kurdistan's Parliament Ali Hama Saleh on Wednesday said that he won a slander lawsuit filed by the administration of the Bashmaq border terminal.

In a statement he issued earlier today, Hama Saleh said that the border-crossing administration lodged a slander complaint against him after sharing false information about a smuggling case.

"We presented footage and photographs recording the exit of 38 trucks. Checking the customs system, proved that 36 trucks did not pay the fees, which means they entered illegally," he said, "a year later, the magistrate ratified my statements. I supported my claim with evidence and was, consequently, cleared."

"The public prosecutor started the legal proceedings to bring those accused of smuggling to court," he concluded.

Early last year, the Bashmaq border-crossing administration filed a lawsuit against the MPs of the Change (Gorran) Movement, Ali Hama Saleh and Daban Mohammed, and requested annulling their immunity.

The two lawmakers submitted a request at the Parliament Presidium to lift their immunity to appear before the court in a lawsuit in which they accused the Bashmaq border crossing of facilitating nearly a billion-dollar worth of smuggling operations in less than two years.

Kurdistan Parliament agrees on holding the legislative elections next September