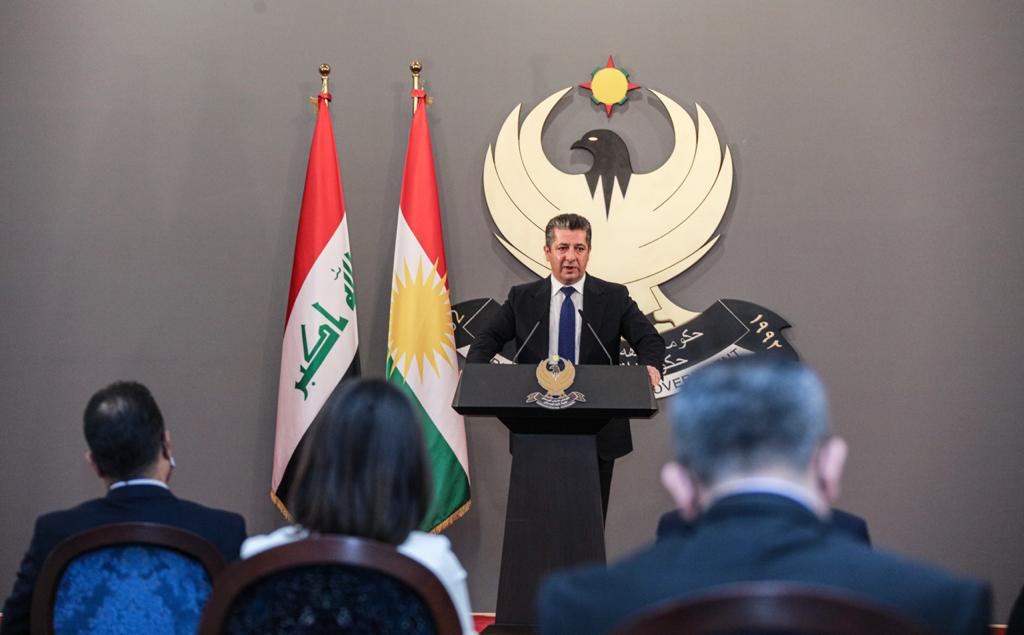 Shafaq News / The Kurdistan Prime Minister, Masrour Barzani, expressed his rejection of the Iraqi political voices demanding to hand over the region's oil file to Baghdad.

In a press conference held after the cabinet meeting, Barzani said that the agreement between Erbil and Baghdad was to deliver 250 thousand barrels of oil per day and half of the border-crossings' imports to the federal government.

He added, "the budget is not the only problem we are facing. We have other problems such as the sovereign expenses, pensions, the Peshmerga dues, and investments."

Barzani stressed that the constitutional Article 140 has not yet been applied, noting, "we want to address the budget problem and implement the last agreement that we reached."

"We hear people saying that the region must hand over its oil file to Baghdad", Barzani concluded, "this is unconstitutional, and we reject the violation of Kurdistan's rights."