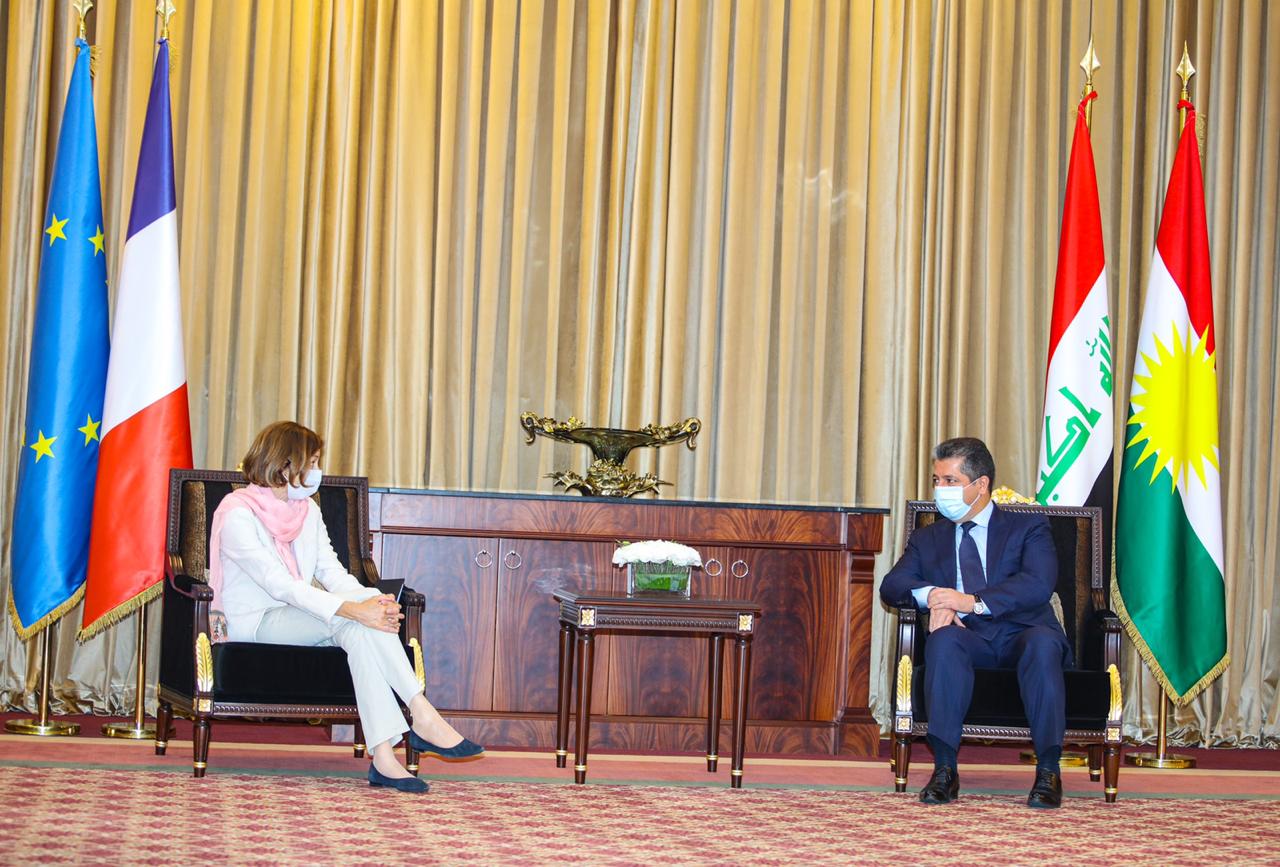 Shafaq News / the Minister of the Armed Forces, Florence Parly, hoped, on Thursday, to resume the training program for Peshmerga forces by the international coalition in the near future, while the Prime Minister of the Kurdistan regional government, Masrour Barzani, stressed that the threat of ISIS has become serious.

This came in a press conference held by Barzani after his meeting with the Minister of the Armed Forces, Florence Parly, who arrived in Erbil from the Iraqi capital, Baghdad.

Barzani said, "France continuously supported Kurdistan. We are looking forward to strengthening bilateral relations between our countries", stressing the region's need for the support of the international coalition to combat ISIS.

For her part, Parly affirmed that her visit to Erbil is an evidence of France's support for the Region, stressing Paris' readiness in waging a joint war side by side with the Peshmerga against ISIS.

Parley had arrived in Erbil earlier Thursday from Baghdad after holding talks with Iraqi officials about fighting ISIS.