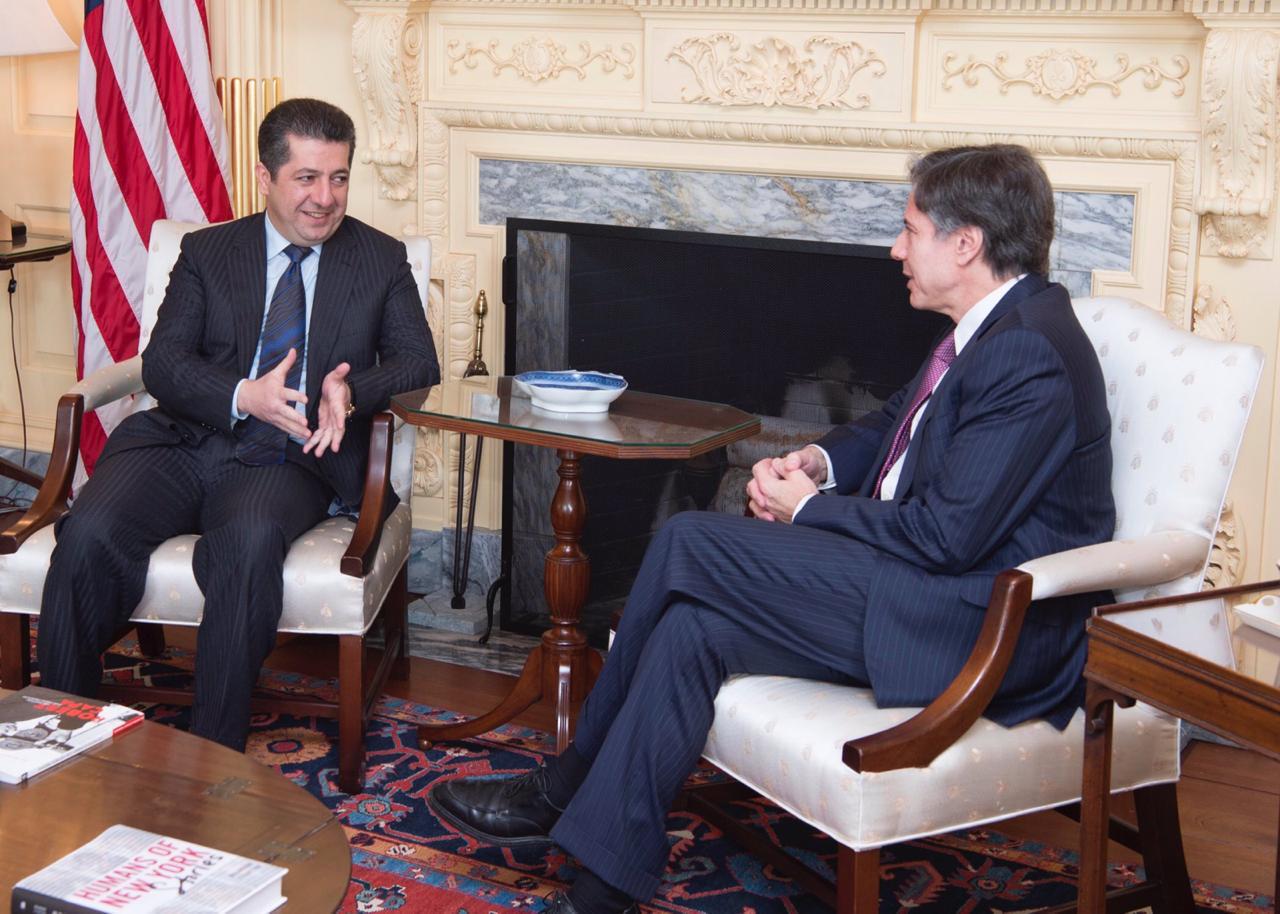 Shafaq News / The Prime Minister of the Kurdistan Region and US Secretary of State Antony Blinken agreed, on Friday, on the need for the Global Coalition to support the Peshmerga and Iraqi forces in the war against ISIS.

This came in a phone call Barzani received from the American minister. According to a statement issued by the regional government, a number of issues and concerns of common interest were discussed.

The statement pointed out, "regarding the security developments, the two sides strongly condemned the missile and drone attacks that targeted the Kurdistan Region, the Iraqi bases and the Global Coalition forces."

On the internal situation, the Prime Minister briefed Minister Blinken on the, " reforms being undertaken by the Kurdistan Regional Government, which have already contributed to increasing its revenues by achieving more transparency in public finances."

Barzani urged Blinken to, "enhance technical assistance and economic support to the Kurdistan Regional Government, and encourage American investment in the banking sector."

The Prime Minister encouraged the US Secretary of State to help provide the appropriate political climate for both Erbil and Baghdad to implement the Budget Law and solve other outstanding problems. He urged Blinken to intervene personally to make sure the Kurdistan Region obtains a "fair and equitable" share of Iraq's international loans.

Moreover, both parties discussed the upcoming Iraqi parliamentary elections, expressing concern over outlawed groups' attempts to undermine a common goal of the Kurdistan Regional Government, Iraq and the international community, which is to hold fair elections.

The Prime Minister shed light on his ongoing dialogue with Prime Minister Mustafa Al-Kadhimi and other Iraqi leaders following the Sinjar Agreement, and agreed with the US Secretary of State on the importance of implementing it.

PM Barzani: we called many times for arming the Peshmerga forces