Masrour Barzani meets the Russian ambassador to Iraq in Erbil 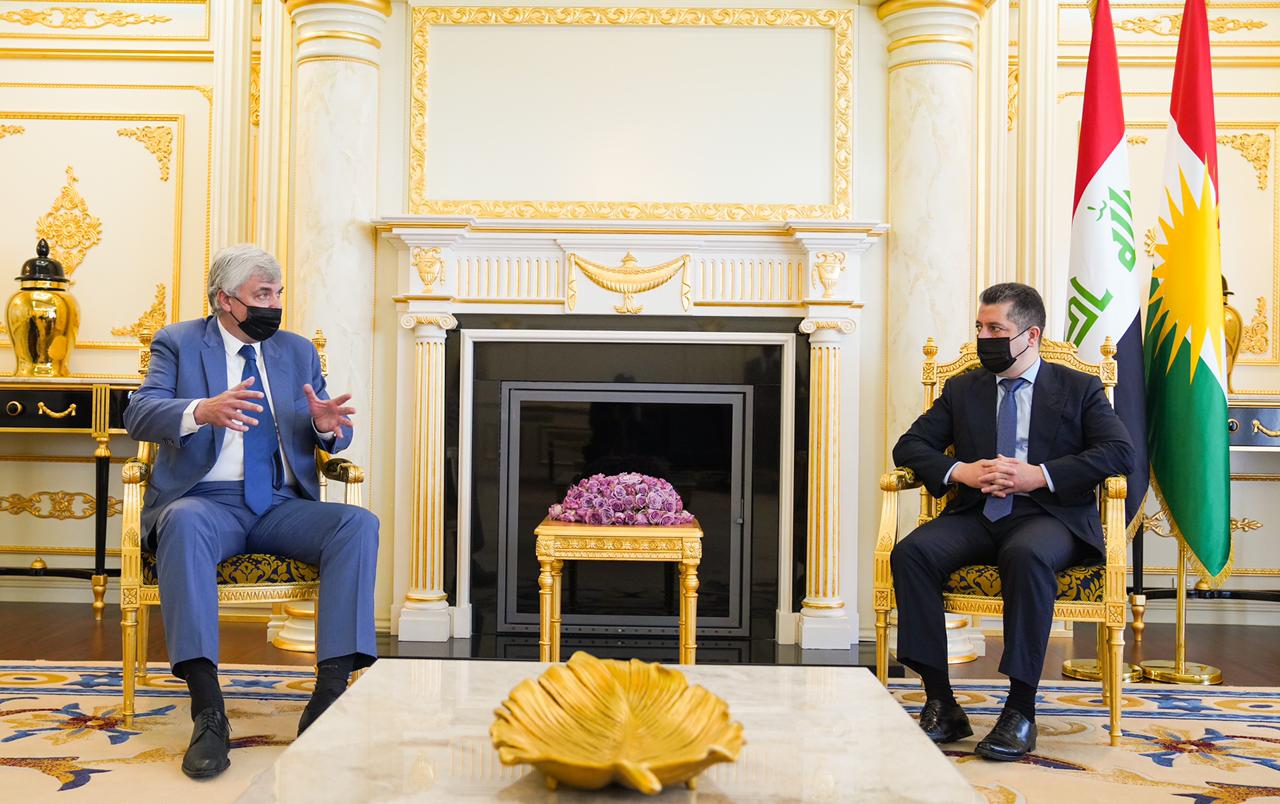 Shafaq News / The Prime Minister of the Kurdistan Region, Masrour Barzani, called on Thursday to enhance coordination between Erbil and Baghdad to confront terrorism.

This came during his meeting with the Russian ambassador to Iraq, Maksim Maksimov, on the occasion of the end of his duties.

In the meeting, which was attended by the Russian Consul-General Oleg Levin Vladimirovich, ways to strengthen bilateral relations between the Kurdistan Region and the Russian Federation were discussed, in addition to discussing the latest developments in the Iraqi arena and the region in general, according to a statement issued by the regional government.

The ambassador expressed his country's readiness to strengthen relations with the Kurdistan Region at all levels.

The Prime Minister commended the ambassador's efforts to develop bilateral relations, wishing him success in his future duties.

Barzani reviewed the Baghdad-Erbil relations, stressing the need to reach a radical solution to all problems based on the constitution.