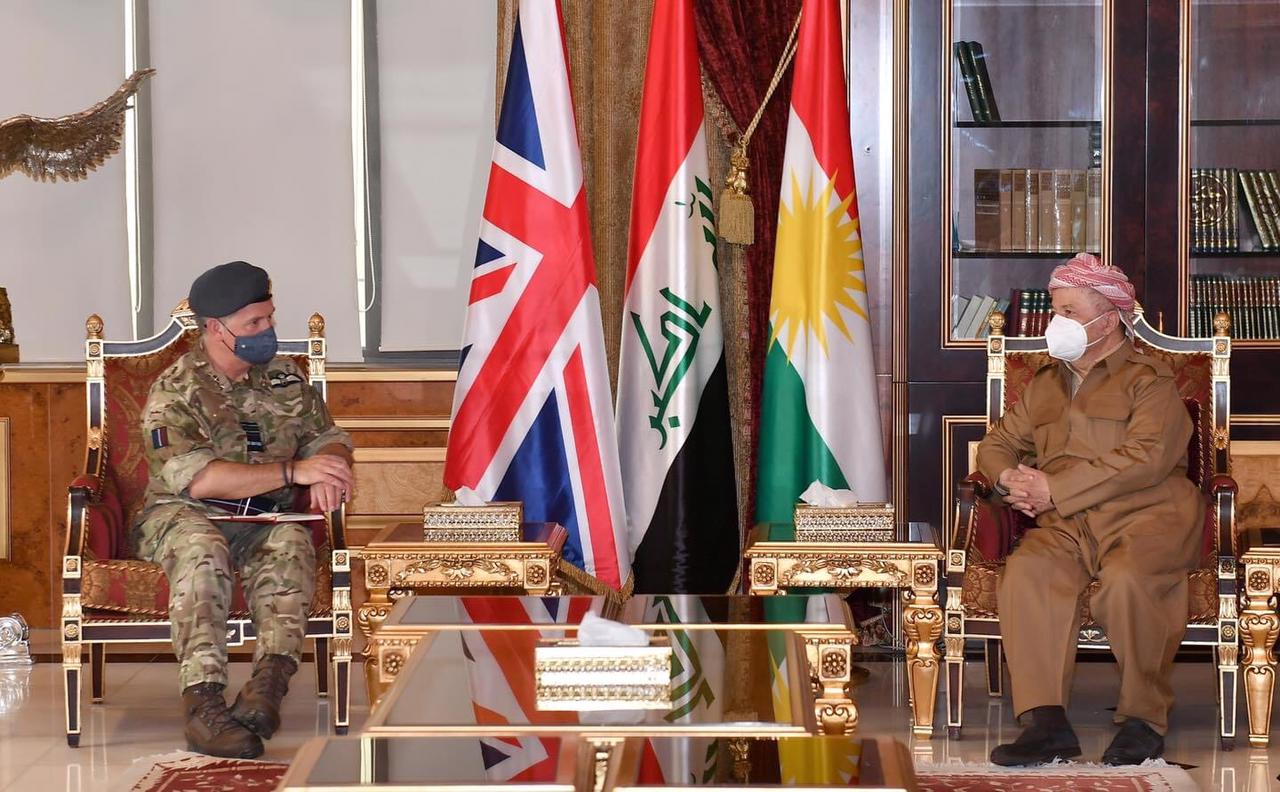 Shafaq News / The British delegation visiting Erbil hoped that the Kurdish leader, Masoud Barzani, would play his role to address the challenges facing Iraq and the Kurdistan Region.

This came during Barzani's meeting with the British delegation, headed by the senior adviser to the British Ministry of Defense for the Middle East and North Africa, Marshal Martin Sampson.

A statement issued by Barzani's headquarters said that the meeting, attended by the British ambassador to Iraq, Stephen Hickey, discussed the political situation in Iraq and the region, the upcoming Iraqi elections, and the threats of ISIS.

For his part, Barzani said that ISIS had been defeated militarily, but completely eliminating the organization requires the cooperation of all parties to prevent its emergence again.

The Kurdish leader stressed, "the necessity of eliminating the organization from the intellectual, economic and social aspects."