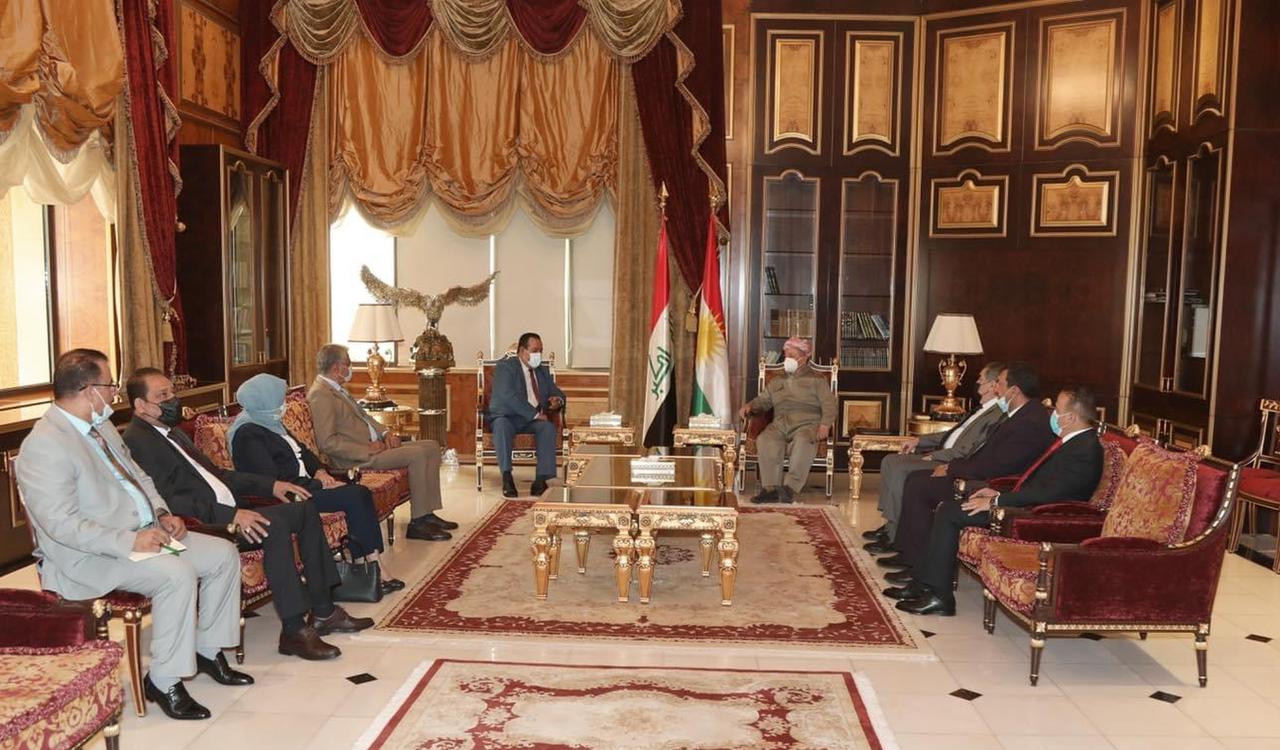 A readout issued by Barzani's office said that the meeting discussed the latest updates on the situation in the political arena and the upcoming parliamentary elections in Iraq.

The two leaders asserted the need to lay the foundations of security and opening up channels to cope with the challenges facing the country.