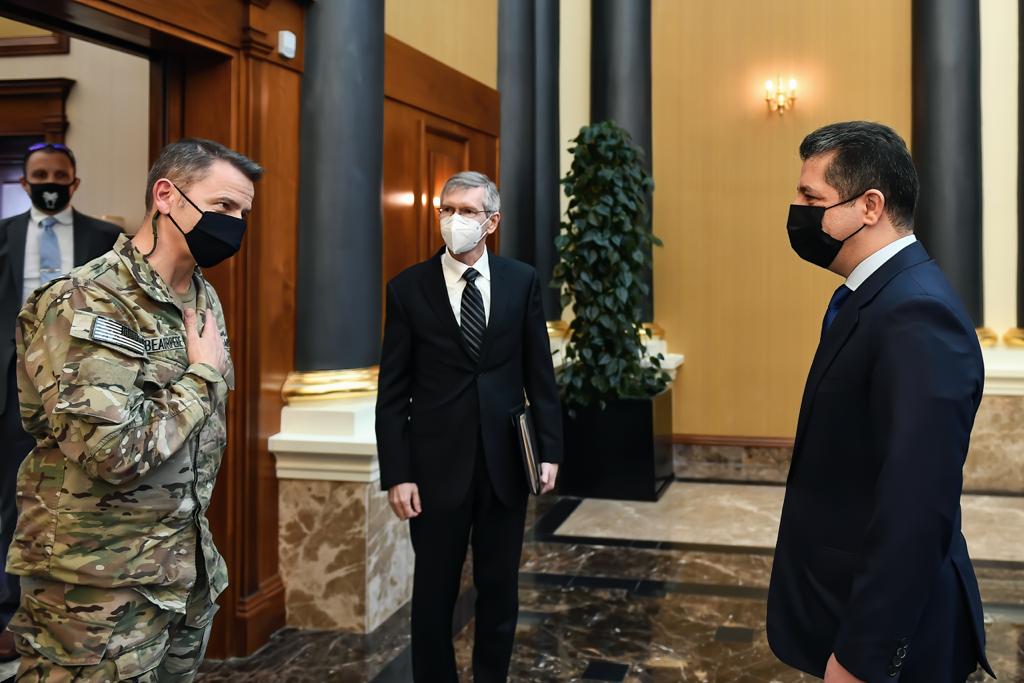 Shafaq News / The Prime Minister of Kurdistan region, Masrour Barzani, demanded during his meeting with the commander of the Special Operations Forces of the International Coalition in Iraq and Syria, Guillaume Will Beaurpere, the "illegal armed forces" to leave the region, stressing the importance of implementing Sinjar Agreement.

In a statement received by Shafaq News agency, Kurdistan Regional Government Media Office said that Barzani received the commander of the Special Operations Forces of the International Coalition in Iraq and Syria, Guillaume Will Beaurpere, and the American Consul in Erbil, Rob Waller. The meeting discussed the situation in Iraq and the region and ways to enhance coordination between the Peshmerga forces and the international coalition.

The statement added, "the meeting emphasized the need to continue supporting the Peshmerga forces to face the threats of ISIS terrorists."

Barzani valued, according to the statement, the support of the International Coalition for Kurdistan Region in the battle against terrorism, calling "the illegal armed forces to leave the Kurdistan Region so that the region can focus all its efforts to combat terrorism."

The regional PM emphasized "the importance of implementing Sinjar Agreement and the exit of armed militias from the region in an effort to restore security and stability and provide an appropriate environment for the return of the displaced citizens to their homes."

Masrour Barzani warns of the surge of COVID-19 cases