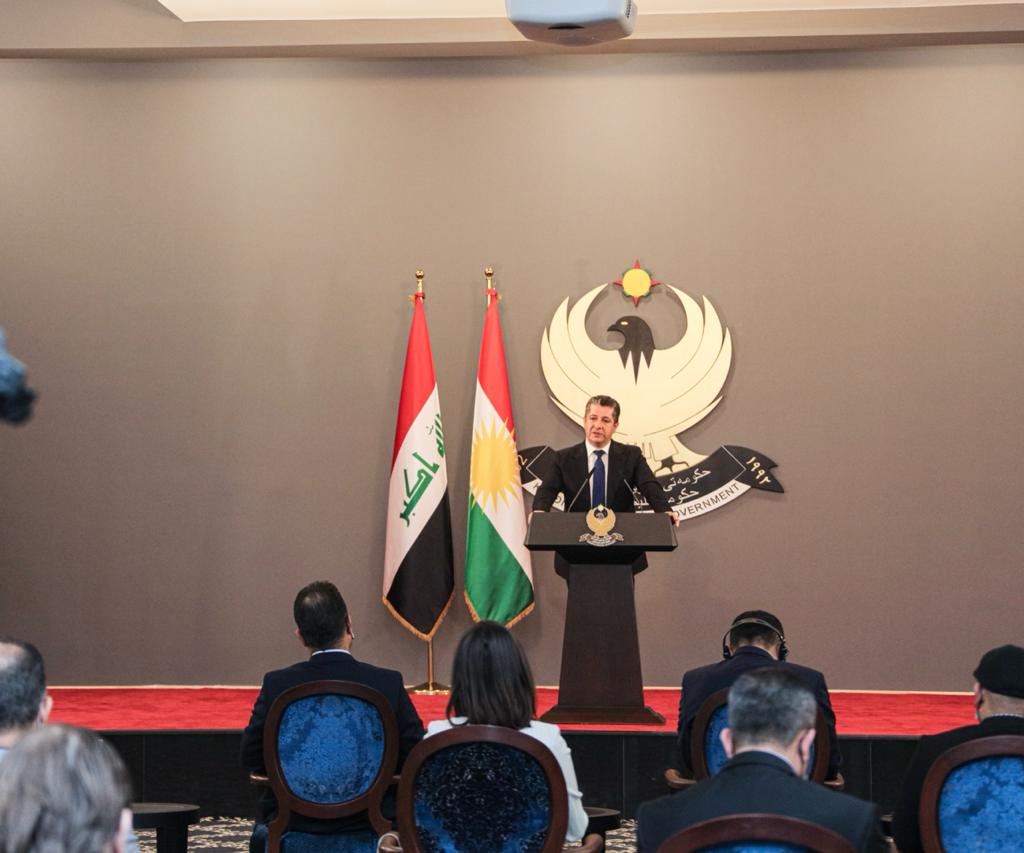 Shafaq News / The Prime Minister of Kurdistan Region, Masrour Barzani, looked forward to reaching a final comprehensive agreement with Baghdad's government regarding the region's share of the 2021 federal budget, ensuring that the region has the financial capacities to address the repercussions of the failure of the negotiations.

Barzani said in a press conference held today in Erbil after the cabinet meeting, "we have three sources of income in case the federal government decides not to send the region's share of the budget. We hope the federal government does not take this decision. Nevertheless, we will work to arrange our financial affairs in any case," adding, "but it will not meet our expectations."

"We have not lost hope on reaching a solution. If they want to impose an unconstitutional solution, then we will spare no effort to administer the region, But -so far- the discussions are ongoing," he noted, "colleagues in Baghdad (initially) said that the problems are technical. However, when the delegation arrived, they were informed that it was political all the way."

PM Barzani hosts the US Deputy Special Envoy to Syria