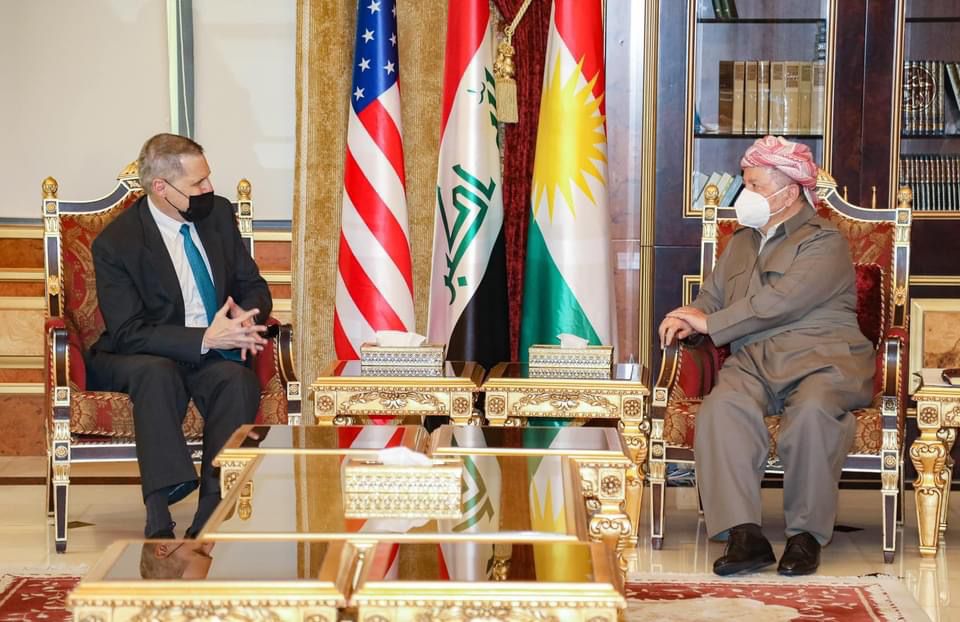 Shafaq News/ The Kurdish leader, Masoud Barzani, on Wednesday received a high-level US diplomatic delegation in the Saladin resort near the capital of the Kurdistan region, Erbil.

A readout issued by the Barzani headquarters said that the Kurdish leader discussed with his guests the latest updates on the political situation and the coordination prospects between the Iraqi army and the Peshmerga forces.

The visiting delegation headed by the US Deputy Assistant Secretary of State for Iraq and Iran Affairs Jennifer Gavito reiterated the US administration's commitment to Kurdistan's stability and security, according to the statement.

The meeting -attended by the US ambassador to Iraq, Matthew Tueller, and Consul-General in Erbil, Robert Palladino- exchanged views on the situation in Syria and the ongoing endeavors to combat terrorism there.