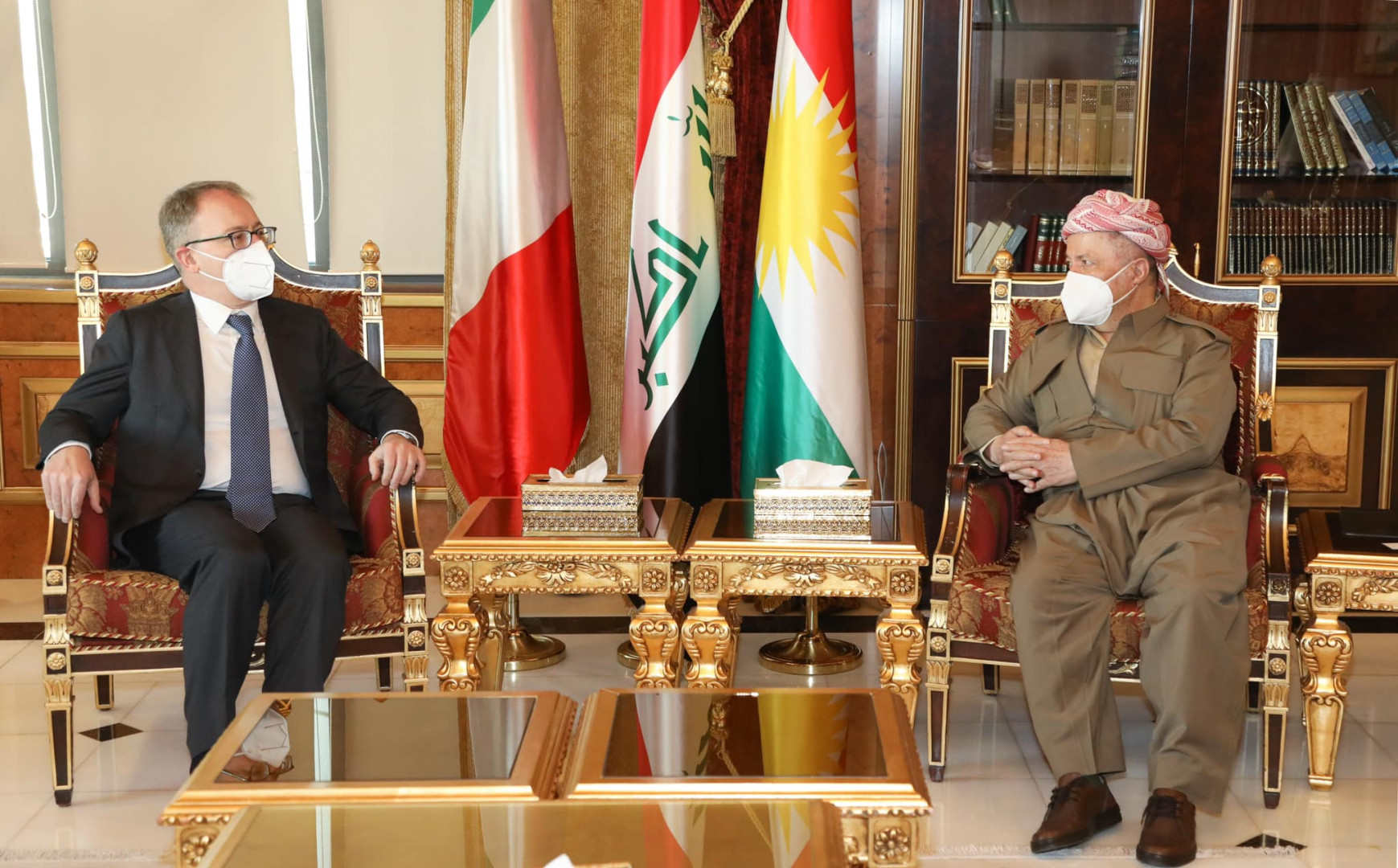 A readout issued by the Barzani headquarters said that the former president of the Kurdistan Region exchanged views with his guest on the political situation in Iraq, the constitutional steps that followed the parliament's first session, and the decisions of the Supreme Federal Court.

The Italian diplomat commended the efforts of the Peshmerga forces in the battle against ISIS terrorists, reiterating his country's commitment to supporting the Peshmerga and the Iraqi forces.

The meeting shed light upon the historic ties between the Italian and Kurdish nations and laid emphasis on bolstering the relations between the Kurdistan Region and Italy.

The Kurdish leader shared with Cricante his views on the situation inside the Region and stressed that the election will be held as scheduled.

Leader Barzani: our alliances are not based on hostility toward others