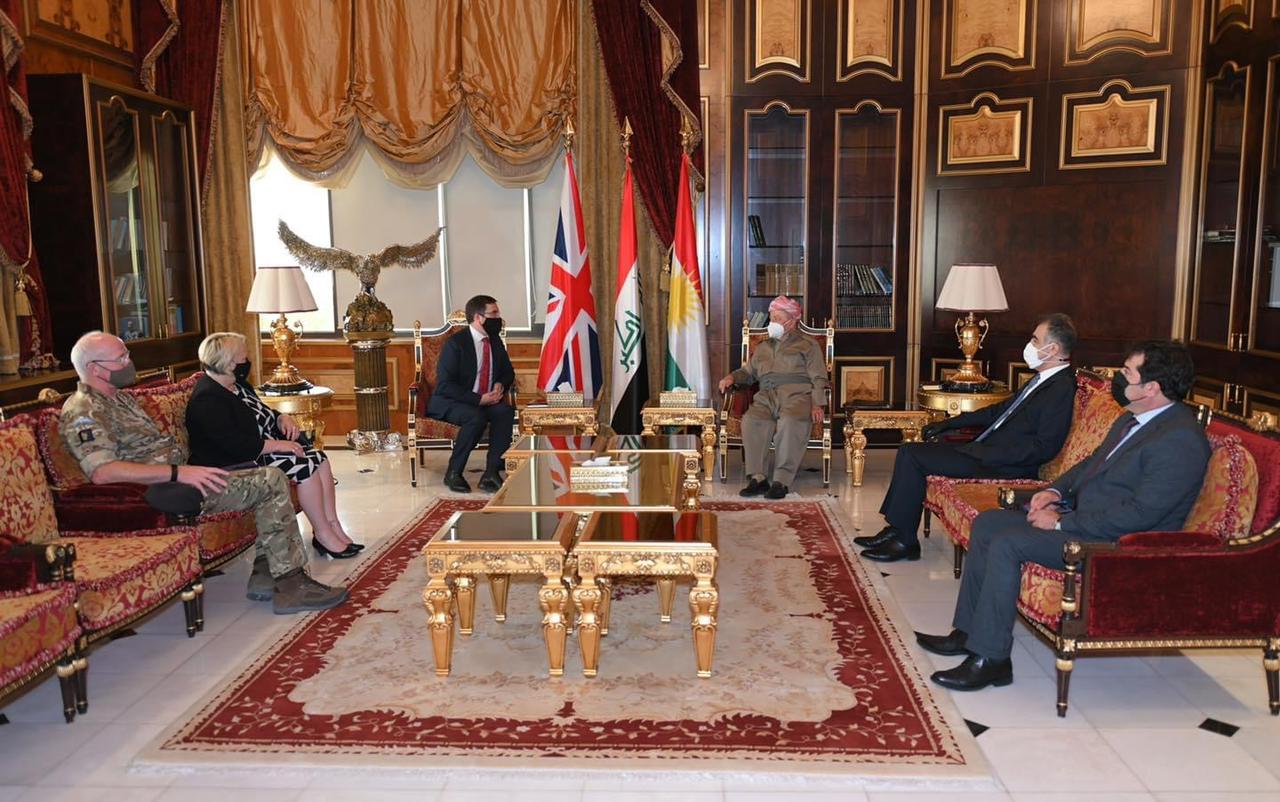 A readout issued by Barzani's office said that the meeting discussed the latest updates on the situation in the political and security arena in Iraq, the challenges facing the electoral and political process, and the bilateral ties between UK and Kurdistan.

The attendees touched upon the efforts to achieve reform and establish channels between the Peshmerga forces and the Iraqi army; a step deemed "positive" by the UK diplomat.