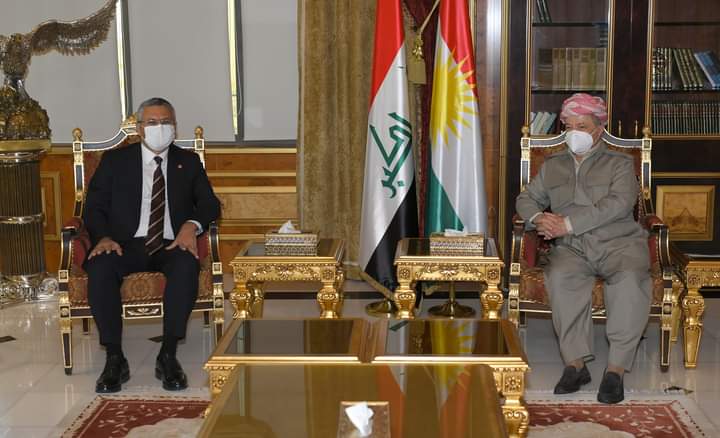 Speaking about the history of internal changes inside Turkey, the head of the visiting delegation highlighted the role of democracy in achieving development in the region and the need to establish friendly ties between democratic countries to accomplish justice and progress.

Salici shed light upon the role of Iraq and the Kurdistan Region, expressing hope to form deeper ties with both sides.

For his part, leader Barzani said that fraternity, peace, addressing the differences, and promoting selflessness are imperative to achieve the unexpendable coexistence between the people of the region.

The meeting touched upon the latest updates on the political situation in the region and the upcoming early parliamentary elections scheduled for October 10 later this year.