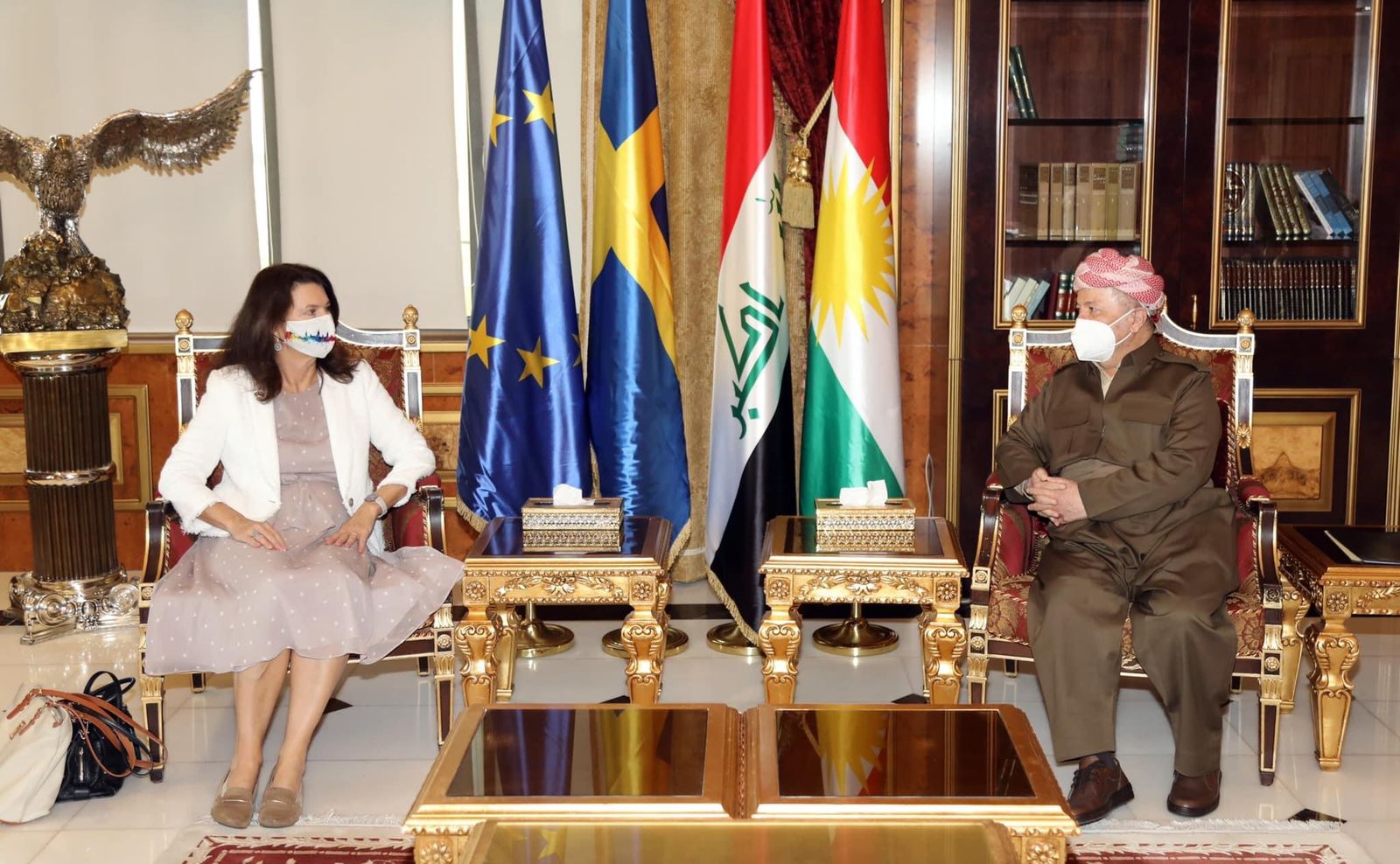 Shafaq News/ The Swedish Minister of Foreign Affairs (MoFA), Ann Linde, commended the efforts of the Kurdistan Region in empowering women in the public sphere during her meeting with the Kurdish leader Masoud Barzani, the head of the Kurdistan Democratic Party (KDP), on Tuesday.

Barzani received earlier today the Swedish diplomat in his headquarters in Erbil, where they discussed Iraq's latest elections, the threat of terrorism, extremism, democracy, and human rights, according to a press release from Barzani's bureau.

Minister Linde applauded the "resistance and sacrifices of the Kurdish people and Peshmerga forces" in their fight against ISIS as well as the region's efforts to protect its ethnic-religious components and coexistence, the release said.

The minister also praised the Kurdistan Region for "bolstering" the role of women in the public sphere, according to the statement.

Barzani, in turn, thanked Sweden for its "humanist stance" toward the Kurdish people and their struggle. He also thanked the Scandinavian country for its support in the fight against ISIS.

There is a sizable Kurdish diaspora community in Sweden.

Barzani and Linde reaffirmed that this diaspora community could become a "strong bridge" for expanding the Kurdish-Swedish friendship.

Leader Barzani: insulting the religious authorities is not part of the Kurdish people's culture