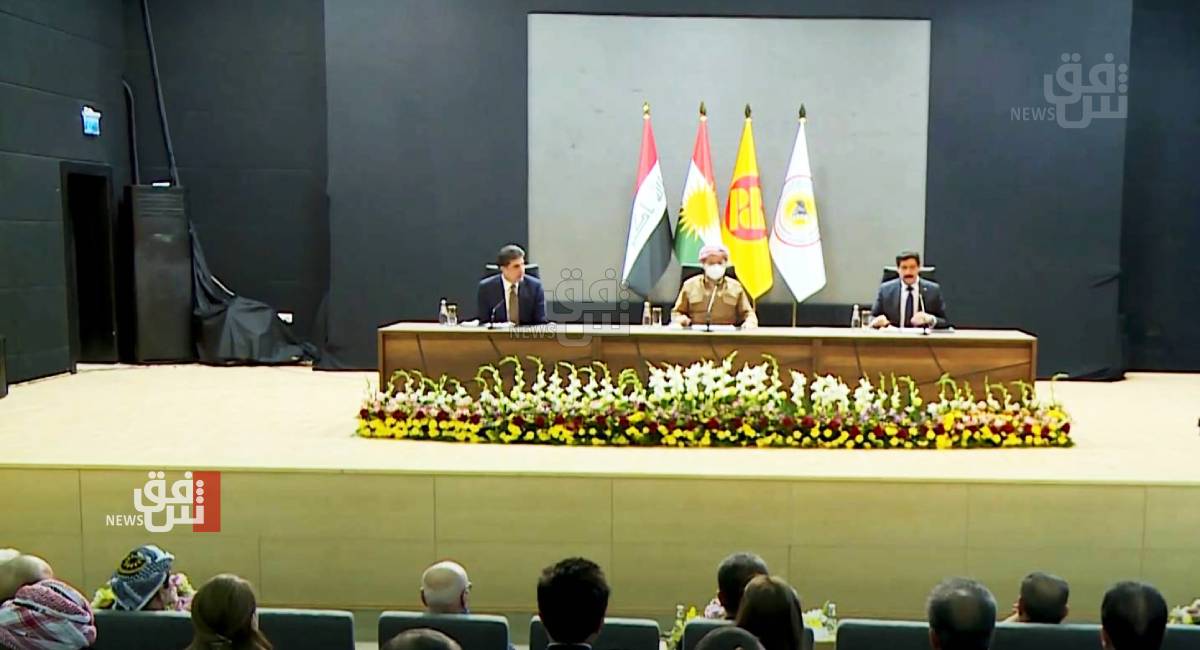 According to a readout issued by the KDP, the Kurdish leader headed a meeting of the KDP leading council earlier today, Sunday.

The council touched upon the initiative the KDP launched to ensure that all the parties in the Kurdistan region, including those that did not win any seats in the parliamentary election, participate in making the "region's political decision in the federal government."

The statement called for bolstering the efforts to address the differences between the political parties in a manner that prioritizes the ultimate national interests of the Kurdistan region over the partisan interests.

The meeting stressed that the Kurdistan region shall maintain good ties with the neighboring countries, urging the other political parties in Kurdistan to avoid "causing political and economic problems to the region."

The leading council called for holding the parliamentary election in Kurdistan on date, calling on the region's lawmaking body to "commit to its duty and activate the election commission."

The meeting asserted the KDP's support for the incumbent Kurdistan Regional Government (KRG) and its reformative approach, the statement said.

The party, according to the statement, opted to instill three reserve members in the leading council in the vacancies left by three members who passed away recently. The new members will take over until holding the KDP's fourth conference during which the Politburo will form the committees pursuant to the party's internal law.

Leader Barzani received a phone call from the French President