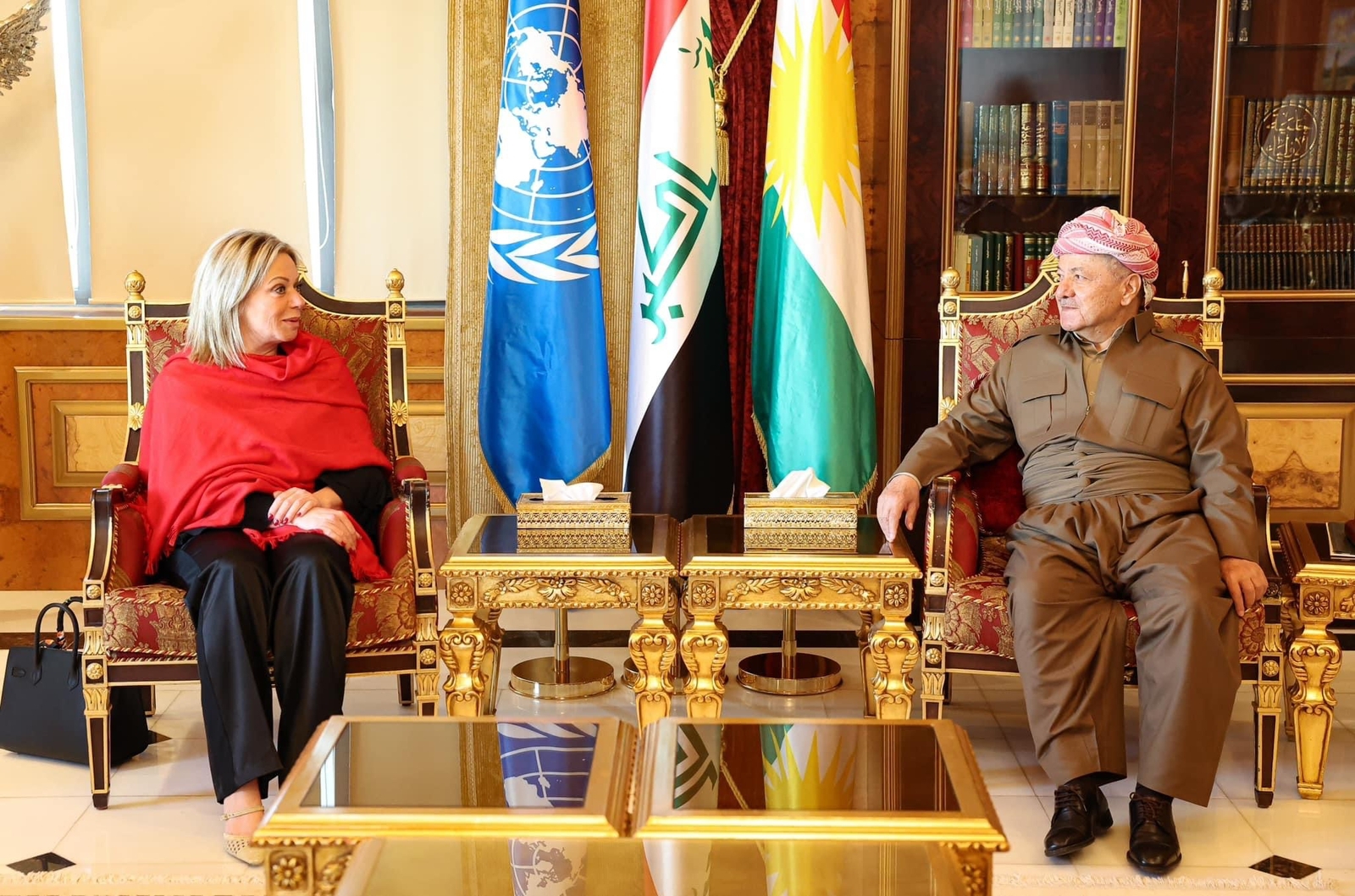 Shafaq News/ The head of the Kurdistan Democratic Party (KDP), Masoud Barzani, on Wednesday said that election is a cornerstone for establishing the "governance legitimacy", calling for holding the parliamentary election in the Kurdistan region as soon as possible.

President Barzani's remarks came during a meeting with the Special Representative of the United Nations Secretary-General for Iraq, Jeanine Hennis-Plasschaert, in his headquarters near the capital of the Kurdistan region, Erbil, earlier today.

Barzani and Plasschaert laid emphasis on implementing the agreement Baghdad and Erbil signed on normalizing the situation in the disputed district of Sinjar.

Leader Barzani: our alliances are not based on hostility toward others

KDP leader reiterates commitment to the constitution, opposition to infight

Barzani: some parties tried to destroy the KDP