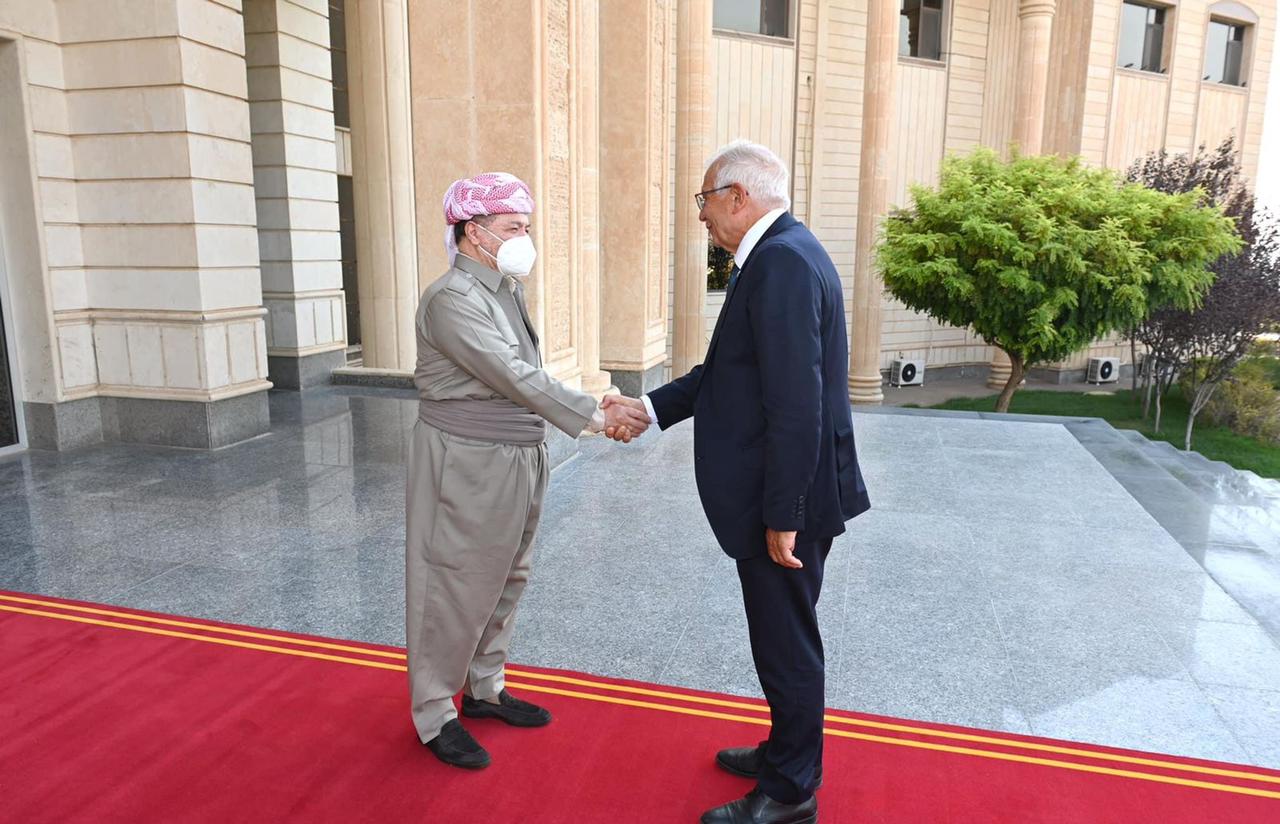 Shafaq News/ The Kurdish leader, Masoud Barzani, hosted on Tuesday the High Representative of the European Union for Foreign Affairs and Security Policy, Josep Borrell, in the Saladin resort in Erbil, the capital city of the Kurdistan Region.

According to a readout issued by Barzani's office, Borrell praised the Kurdish leader's contribution to the struggle of the Kurdish nation to freedom and the role of the Peshmerga in the battle against terrorism.

"The Safety, freedom, and providing a decent life for the people of Kurdistan are a major concern of the European Union that reiterates its support to the Kurdish nation," Borrell said.

The former president of the Kurdistan Region expressed gratitude to the role of the Global Coalition that endorsed the war against terrorism and praised the aid it provided to the people of Kurdistan in this fight.

Barzani explained to the visiting delegation the reasons for ISIS resurgence, stressing that ISIS still has roots that are yet to be eradicated.

"The culture of coexistence among the people of Kurdistan hindered ISIS infiltration and consolidation inside Kurdistan's society," he said.

The meeting touched upon the preparations for the upcoming legislative elections scheduled five weeks from today. Both sides hoped that the elections convey the will of the Iraqi people and bring change and stability into Iraq.