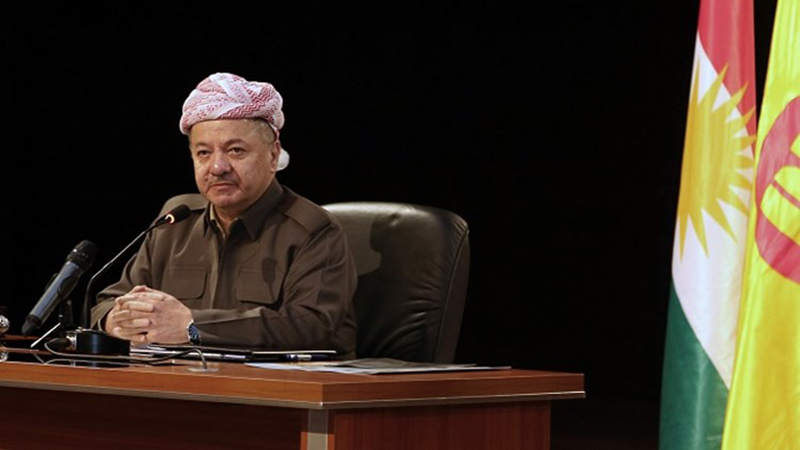 Shafaq News / The Kurdish leader, Masoud Barzani extended today, Wednesday, his congratulations to "Prince Hazem bin Tahsin Bek", on the occasion of electing him as the "new Baba Sheikh" of the Yazidis.

Barzani stressed the protection of the peculiarities of the Yazidi religion and all the other components in Kurdistan, as well as the tolerance, acceptance, and coexistence in the region.

"We will work with Erbil and Baghdad to reconstruct the Sinjar district, and we will strengthen the Yazidis' relations with all the components of Iraq and Kurdistan," the new Baba Sheikh said after assuming his new position.