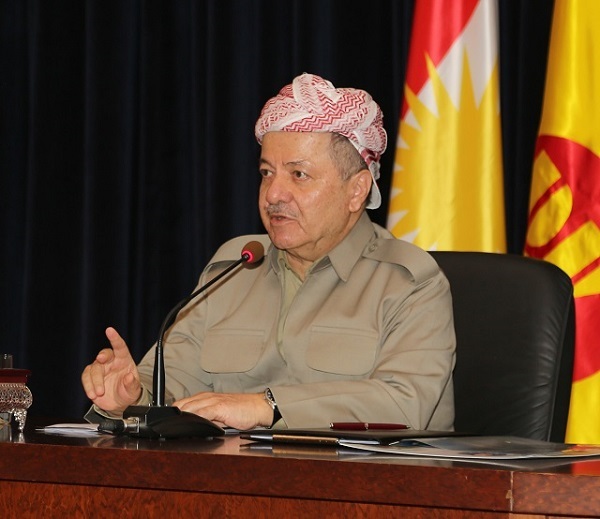 Shafaq News / the Kurdish leader, Masoud Barzani issued a message marking the 59th anniversary of the outbreak of the September revolution.

Barzani said on this occasion, "59 years ago, the largest armed political and social revolution broke out in Iraqi Kurdistan in order to defend the legitimate rights of our people," noting that the September revolution was "a comprehensive revolution for all groups and social components from different religious backgrounds, and all the gains made in Kurdistan are the outcome of that revolution.”

He emphasized, "On this blessed occasion, we recall the values ​​and principles established by the great revolution, and we affirm that they will remain essentially in the path of our people's struggle. We also highly appreciate the efforts of all the revolutionaries and the Peshmerga, women and men, and all those who played positive roles in this revolution."

It’s noteworthy that The September Revolution of 1961 was launched under the leadership of the Kurdish leader Mulla Mustafa Barzani, and it is considered one of the largest revolutions in the history of the Kurdish struggle against the Iraqi regimes that suppressed their rights, and raised the slogan, "Democracy for Iraq .. and Autonomy for Kurdistan."