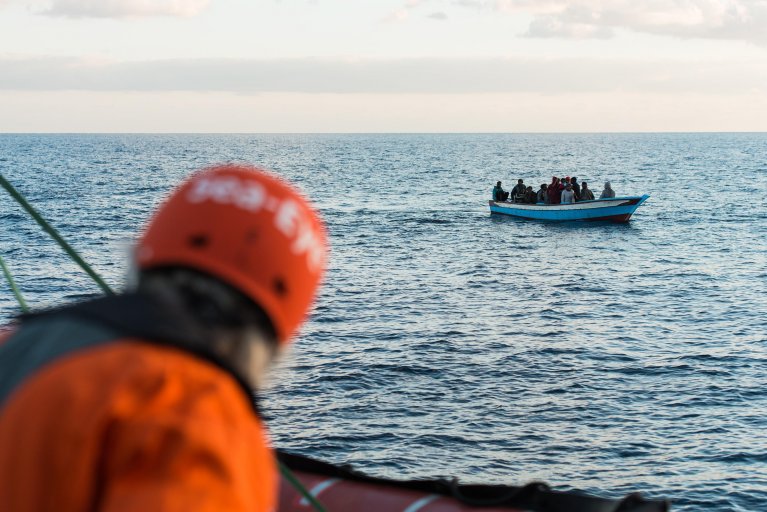 Shafaq news/ (The Guardian) An Iranian man has been held on suspicion of manslaughter following the deaths of four people, and the disappearance of a further three who are believed to have died, as they attempted to cross the Channel.

Iranian Kurds Rasul Iran Nezhad and his wife, Shiva Mohammad Panahi, both 35, and two of their children, Anita, nine, and Armin, six, drowned on Tuesday as they tried to reach Britain by boat after departing from near Dunkirk.

The family’s third child, 15-month-old Artin, and two other adults are being treated as missing presumed dead by authorities

The suspect was allegedly piloting the semi-rigid boat that capsized carrying 22 people from the Grande-Synthe migrant camp near Dunkirk, according to reports. The weather and sea conditions at the time were “extremely unfavorable”, according to coastguards, and the boat was carrying too many people.

The Dunkirk prosecutor Sébastien Piève said the suspect was arrested after statements from those who were rescued when the boat capsized.

“He told us he was just a migrant, but the information we have gathered against him, notably from 13 others who were interviewed, suggests that he is close to the smugglers and his claims do not stand up,” Piève told reporters.

The man has been “mis en examen” – officially put under investigation, close to being charged under French law – for involuntary homicide, the endangering of others’ lives and helping “illegals” as part of an organized gang, as well as criminal association.

He has been placed in provisional custody. If convicted, he faces 10 years in jail and deportation from France after serving his sentence.

The investigation is being handled by an investigating judge. Piève said the aim of police inquiries was to dismantle the smuggling network.

In the UK, the deaths have led to renewed calls for the government to abandon its hardline approach to asylum seekers and expand or create safe and legal routes for people fleeing torture and death to travel to the UK and claim asylum.

At least 23 confrontations in Iran’ Kurdistan in 2020