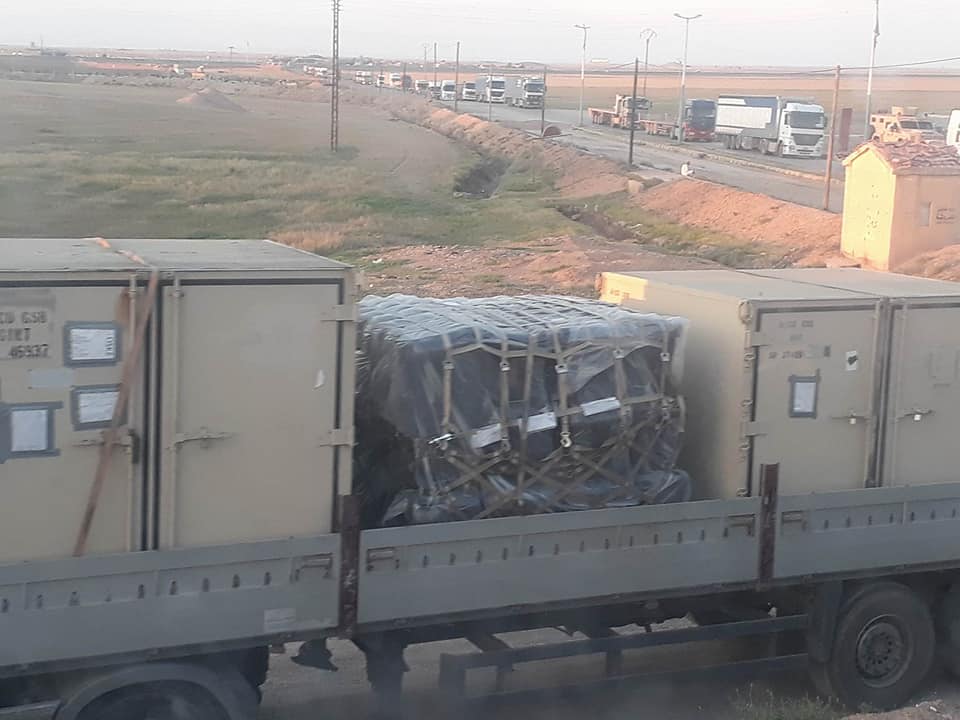 Shafaq News / A logistic and military-aid convoy crossed today, Wednesday, to the territory of the Autonomous Administration in North and Eastern Syria from Kurdistan region through al-Walid border crossing.

The convoy headed to the city of Qamishli, from where it took the international road towards its bases in al-Hasakah region.

The Syrian Observatory for Human Rights said that this is the fifth convoy of the "international coalition" and the American forces that have entered the military bases in northeastern Syria since the beginning of this December.